How Many People Have FM?

According to the American College of Rheumatology, Fibromyalgia affects 3 to 6 million Americans. FM primarily occurs in women of childbearing age, but children, the elderly, and men can also be affected. 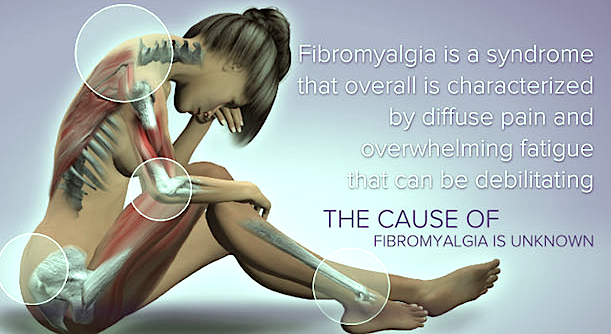 Although the cause of fibromyalgia is unknown, researchers have several theories about causes or triggers of the disorder. Some scientists believe that the syndrome may be caused by an injury or trauma. This injury may affect the central nervous system. Fibromyalgia may be associated with changes in muscle metabolism, such as decreased blood flow, causing fatigue and decreased strength. Others believe the syndrome may be triggered by an infectious agent such as a virus in susceptible people, but no such agent has been identified.

How Is Fibromyalgia Diagnosed?

Fibromyalgia is difficult to diagnose because many of the symptoms mimic those of other disorders. The physician reviews the patient’s medical history and makes a diagnosis of based on a history of chronic widespread pain that persists for more than 3 months. The American College of Rheumatology (ACR) has developed criteria for FM that physicians can use in diagnosing the disorder. According to ACR criteria, a person is considered to have FM if he or she has widespread pain in combination with tenderness in at least 11 of 18 specific tender point sites.

Treatment requires a comprehensive approach. The physician, physical therapist, and patient may all play an active role in the management of fibromyalgia. Studies have shown that aerobic exercise, such as swimming and walking, improves muscle fitness and reduces muscle pain and tenderness. Heat and massage may also give short-term relief. Antidepressant medications may help elevate mood, improve quality of sleep, and relax muscles. Patients with FM may benefit from a combination of exercise, medication, physical therapy, and relaxation.

What Are The Natural Remedies / Alternative Treatments for fibromyalgia?

The reassuring term “natural remedies”, that is often applied to herbal and some dietary supplements can be misleading. The fact is that these alternative remedies are not controlled by the Food and Drug Administration (FDA) in terms of purity, quality or quantity of contents. To date there have been no controlled studies documenting the usefulness of any alternative medications in the treatment of fibromyalgia. Of course, absence of studies does not mean that alternative medications are useless.

However, before you spend money on such medications, it would be worthwhile to do some homework. In particular check out the side effects of the medications you are taking or intending to take, and in particular look for dangerous interactions with drugs you are already taking for your treatment of FM. Recommended alternative treatment and research.

These link will redirect you to…