Hepatitis C (HC) is one of six currently identified hepatitis viruses, the others are A, B, D, E and G. All cause the liver to become inflamed, which interferes with its ability to function. Hepatitis C is generally considered to be among the most serious of these viruses.

It is estimated that 3 percent of the world’s population, more than 170 million people, carry a this virus that silently attacks their livers, often without their knowledge. That’s because up to 90 percent of those infected with the hepatitis C virus (HCV) have no symptoms at all. In fact, most people don’t know they have the disease until decades later when liver damage shows up during routine medical tests. Sometimes people may learn they have hepatitis C when they try to donate blood, because blood banks now routinely screen for the virus. 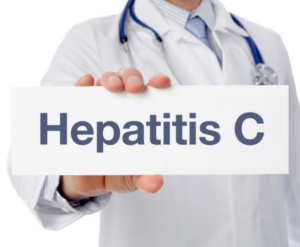 The liver, which weighs between 3 and 4 pounds — is the largest and most complex internal organ in your body. It sits behind your lower ribs on the right side of your abdomen and performs a variety of crucial functions, including detoxifying harmful substances, purifying your blood and manufacturing vital nutrients.

In many cases, HCV leads to chronic liver diseases such as cirrhosis — irreversible and potentially fatal scarring of the liver — liver cancer or liver failure. It ranks second only to alcoholism as a cause of liver disease and is the leading reason for liver transplants in the United States.

Signs and Symptoms of Hepatitis C

Normally, hepatitis C virus produces no symptoms in its earliest stages. If you do have symptoms, they’ll generally be mild and flu-like. They include:

Even if you develop chronic hepatitis from the hepatitis C virus, you may have few, if any, symptoms. In many cases, symptoms may not appear for up to 30 years. Sometimes, though, you may experience one or more of the following:

Hepatitis C can cause damage to your liver even if you don’t have symptoms. You’re also able to pass the virus to others without having any symptoms yourself. That’s why it’s important to be tested if you think you’ve been exposed to hepatitis C or you engage in behavior that puts you at risk.

In general, you contract hepatitis C by coming in contact with blood contaminated with the virus. Most people with hepatitis C virus became infected through blood transfusions received before 1992, the year improved blood-screening tests became available. You can also contract the virus by injecting drugs with contaminated needles or by inhaling cocaine through contaminated straws or, less commonly, from needles used in tattooing or body piercing. In rare cases, HCV may be transmitted sexually.

Because no effective vaccine for hepatitis C exists, the only way to protect yourself is to avoid becoming infected. That means taking the following precautions:

A diagnosis of HCV doesn’t necessarily mean you’ll need treatment. The National Institutes of Health (NIH) recommends treatment for HCV if you have:

Even so, doctors continue to debate who needs treatment. If you have only slight liver abnormalities, your doctor may decide against medical treatment because your long-term risk of developing a serious disease is slight, and the side effects of treatment can be severe.

On the other hand, because there is no foolproof way to know whether you’ll develop liver disease later on, your doctor may choose to fight the virus. Improved treatment methods and a higher success rate in fighting hepatitis sometimes tip the argument in favor of more aggressive approaches.

Until recently, the best weapon against HC was interferon, a drug that inhibits viral replication. Interferon medications used to treat hepatitis include interferon alfa-2b (Intron A), interferon alfa-2a (Roferon-A) and interferon alfacon-1 (Infergen). But interferon worked in only about 20 percent of cases. Now, injections of interferon are usually combined with oral doses of ribavirin (Virazole) — a broad-spectrum antiviral agent. Treatment usually takes from 6 months to 1 year and is successful in about 40 percent of people with HCV.

Recent studies have shown that another drug, pegylated (PEG) interferon, may be twice as effective as regular interferon. In January 2001, the Food and Drug Administration (FDA) approved the use of PEG interferon — peginterferon alfa-2B (PEG-Intron) — for treatment of HC.

Side effects from drug therapy include severe flulike symptoms from the interferon and a temporary drop in hemoglobin (anemia), white cell or platelet counts in your blood. Chronic side effects — which affect about half of those receiving treatment with interferon-ribavirin — include extreme fatigue, anxiety, irritability and depression. A small percentage of people may experience psychosis or suicidal behavior.

For this reason, treatment with interferon isn’t recommended if you have a history of major depression. You’re also not a good candidate for this treatment if you have untreated thyroid disease, low blood cell counts or autoimmune disease, or if you drink alcohol or use drugs.

Unfortunately, if treatment isn’t effective for you or you’re not able to tolerate the side effects, you may have few other options. But researchers are investigating the use of protease inhibitors in people with HCV. These are the same medications that have helped some people with the AIDS virus. In the future, it may also be possible to treat HC virus with gene therapy.

The best treatment for people with end-stage liver disease is liver transplantation. Unfortunately, the number of people awaiting transplants far exceeds the number of donated organs. But several new developments in transplantation may make it possible for more people to receive the organs they desperately need.

These developments include the donation of liver segments from living relatives, splitting one donated liver between two recipients, new organ allocation policies and, especially, new approaches to liver transplants for people with HCV.

In fact until recently, HCV-infected livers were routinely discarded. But studies show that people already infected with HC virus who receive livers from HCV-positive donors do as well as if they’d received a liver not infected with the virus. This may mean that many more livers will become available for people with HC.

In Europe, the herb milk thistle (Silybum marianum) has been used for centuries to treat jaundice and other liver disorders. Today, scientific studies have confirmed that the chief constituent of milk thistle, silymarin, may aid in healing and rebuilding the liver caused by HC. Silymarin seems to stimulate the production of antioxidant enzymes that help the liver neutralize toxins. It also seems to increase the production of new liver cells and may even improve the severe scarring of cirrhosis. These benefits have not been proved in people with HC, however. Furthermore, although milk thistle may help the liver, it will not cure HC nor will it prevent the disease from recurring.

Milk thistle is available in capsule or alcohol-free extracts. Check with your doctor before trying this or any other herb to make sure it won’t interact with other medications you’re taking.

Below is a link that provides documentation to what we believe to be a safe and effective alterative to protecting yourself from the Hepatitis C virus and an aid in healing and rebuilding the liver . Also provided are links to the top selling resource books when fighting the battle of Hepatitis C.

Food For Your Immune System