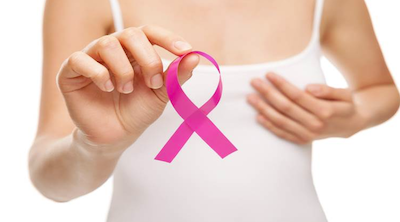 Breast cancer statistics weigh heavily on our society. One of every eight women in America will face breast cancer during their lifetime. This year alone, over 252,710 American women will receive the devastating news that they have breast cancer. 43,000 of those women will not survive the battle with this terrible affliction. 1,600 men in the U.S. will face the same battle – and 25% of them will die of their cancer.

A further analysis of these breast cancer statistics can paint a picture of those most at risk. Research and study tell us that women are 100 times more likely to be diagnosed with breast cancer than men. Women over the age of 40 are more at risk than younger women, and women over the age of 50 are almost five times more likely to face cancer than those ten years younger (17% of all invasive breast cancer diagnoses are of women in their 40s, while 78% are of women in their 50s).

Genetics and family history can raise the stakes as well. Medical research suggests that 5 – 10% of all diagnoses of breast cancer are hereditary. In some cases, science has tracked this to the inheritance of mutated BRCA1 and BRCA2 genes (these genes usually participate in the production of proteins that inhibit abnormal cell growth). Other connections are less well understood, but still documented. Family histories of cancer and related diseases appear more often with cancer patients. Overall, it is estimated that some 20 – 30% of all patients with breast cancer have relatives with the disease.

Breast cancer statistics also show us that those who have (or previously had) breast cancer are three or four times more likely to develop a second occurrence (either in the other breast or in a different location in the first breast). This is independent and separate from any recurrence of the original cancer.

A Ray of Hope

Fortunately, not all breast cancer statistics are frightening. Thanks to constant and aggressive improvement in the treatment of breast cancer (and cancer in general), over 95% of those diagnosed with breast cancer now live to see the five-year mark. In addition to the improvements in treatment, this is also a result of diagnoses being made earlier and earlier in the course of the disease – and the most important factor in early detection is simply looking for the disease. Self-checks and regular mammograms are vitally important to early detection. As the risk of breast cancer increases significantly over age 40, experts agree that all women over age 40 should have annual mammograms. Mammograms are, without question, the single best tool in early detection – do not be one of the 13 million women in American who fail to have one after age 40.