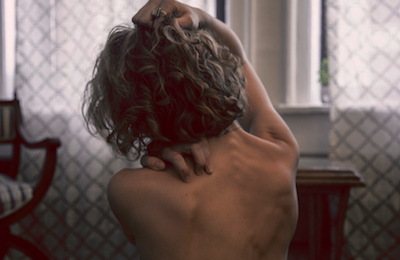 The Types Of Breast Cancer

As easy as it may seem to loop breast cancer and all of its types as one  crippling disease, the truth is that there are several types to be found and  each of these is unique. You can’t assume that all forms of breast cancer  are one and the same; it just isn’t so. They all have their own traits and  treatments. We stress this because too many people have one idea in their  mind when it comes to breast cancer and then are shocked to learn that they  are not all the same. You have to understand a disease to fight it and this  is part of that.

The different types of breast cancer are the following:

Ductal Carcinoma: this is the most common form to be found. It develops in  ducts that carry milk from the glands to the nipple. If this is in a stage  of Situ, where cancer cells are present but not yet spreading, it can be  cured. If it has moved into the stage of Invasive, then it has the potential  to reach into the bloodstream and other parts of the body. This accounts for  over eighty percent of breast cancer problems.

Lobular Carcinoma: though not as common as ductal carcinoma, this one does  have the potential to be more devastating. Lobular also forms in the milk  glands but, unlike ductal, it has a higher chance of appearing in both  breasts. It is often the most difficult to detect.

Inflammatory Breast Cancer: the rarest of cancers, it is, coincidentally,  one of the easier ones to spot due to the development of its symptoms.  Breasts will become red and gain hive-like bumps; the skin will also pit due  to cancer cells blocking vessels underneath.

Medullary Carcinoma: only five percent of patients will have this but there  is a good chance the majority of them will survive. Medullary forms a sort  of protective tissue around the cancer, keeping it from spreading. This  makes it easier to treat.  Mucinous Carcinoma: another high-rate survival form is this one. While it  is rare, patients are more likely to survive treatment. Cells spread into  the tissue but can be prevented.

Paget’s Disease of the Nipple: with this, cancer starts in the milk ducts  and makes its way down to the nipple. There, it will cause scales and  burning. Treatment can work if it is caught early on and no tumors have  formed.

Phyllodes Tumor: few women die from this form of breast cancer but that  does not mean it can’t happen. Phyllodes develops in the tissue, rather than  the ducts. This is why a mastectomy is usually called for.

Tubular Carcinoma: this one is closely related to ductal carcinoma. The  difference lies in the treatment. The success rate for this is higher than  others and patients have less of a chance of having a re-occurrence.

You cannot understand breast cancer by think it is all one disease; you have  to know the difference, to learn all you can. That’s how you fight  something.