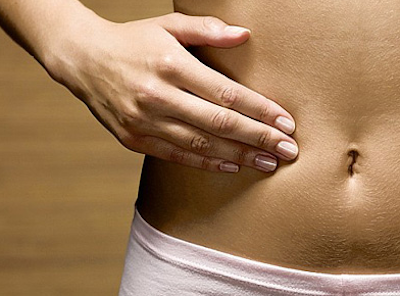 The presence of colitis symptoms are evidenced by certain disturbances of sensation and function which vary greatly in degree depending, of course, upon the intensity of the irritation of the mucous membrane of the colon.

The presence of gas, a certain sense of bloating and a tendency toward constipation are some of the earliest symptoms of the ailment. Later on colic-like pains due to spasm of the intestinal muscle occur from time to time. Abdominal distress becomes severe and a definite sense of nausea not infrequently puts in its appearance. In some cases vomiting actually occurs.

When a case of colitis is as far advanced as this, diarrhea is almost invariably present. Certainly common sense should tell us that what the colon is trying to say is that it is in no condition to handle food or anything else. The irritation caused by the presence of anything in the colon induces spasm and continued irritation induces a voluntary effort on the part of this portion of the intestinal tract to get rid of everything one way or the other. Technically, we say the patient vomits or has diarrhea, but the plain facts in the matter are that the colon very much “wants to be alone.”

When the colitis symptoms, particularly the diarrhea, are long continued the little capillaries in the lining membrane of the colon become ruptured and bleeding is noticed. If ulcers form in the colon as a result of infection, they too may break into some of the little blood vessels and cause bleeding. If such is the case, it shows this symptom has gone too far on the road to ruin to warrant further delay in the matter of treatment. 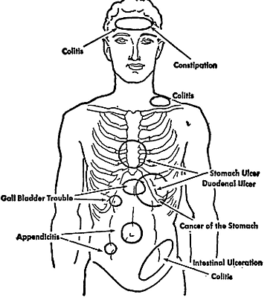 Fig. 5. Areas of pain and tenderness in diseases of the food digestion canal

Perhaps the most outstanding symptom of colitis is the consciousness of having a “stomach,” as the entire abdomen is poetically referred to by the average person. This consciousness may vary from a sensation of having “butterflies” in the stomach to severe abdominal pain. Usually the abdominal pain is most intense in the left lower portion of the abdomen; however, it may be generalized—that is, it can occur in any portion of the abdomen or diffusely over the abdomen. As a rule, it is not a sharp, stinging pain, but more of an ache. At times this is supplemented by a feeling of colic, or sharp pain.

Not infrequently the pain occurs right after a meal. In this instance, confusion may occur in establishing a diagnosis, since there are other things, such as ulcers, which also give rise to pain at a varying length of time after meals. In many cases, there is also an associated feeling of heartburn which leads the patient, and sometimes his doctor, erroneously to suspect stomach ulcer.

Of course, it is entirely possible that both conditions exist at the same time; in fact, in some cases of long continued colitis, this does occur. After all, the colon is part of the same tube, of which the stomach and small intestines are a part, and reflexly a disturbance in its function will bring about a disturbance in the function of the upper parts of this same tube. Fortunately, however, this does not occur in more than one out of ten cases, a fact which emphasizes the logic of correcting the colonic disorder before other reflex disturbances result.

Perhaps the first thing noticed by a person suffering from a form of colitis, aside from pain and discomfort, is that his bowel movements have become smaller in size and that, not infrequently, pain occurs at the time of the bowel movement. This pain lingers sometimes for hours after the actual movement. It is very often accompanied by a sense of extreme fatigue or exhaustion.

These later symptoms are due largely to the intense spasm which occurs along the whole lower portion of the colon. Indeed, this spasm may become so intense and prolonged that it is possible to feel the tube-like structure of the colon right through the abdominal wall. I do not recommend this as an experiment for curious laymen, but merely to explain what your doctor is looking for when he palpates or feels the abdomen.

Of course the stools themselves change both in character and in frequency. Mucus, varying in amount, is found with most stools; indeed, in many cases the entire stool is just one mass of mucus. Sometimes this mucus coagulates along the walls of the colon and comes away all in one piece in what is known as a “cast.” This is an alarming feature to most persons, since they feel that part of their colon has been shed. However, it is not nearly so serious as it appears to be to one unfamiliar with these matters. It merely represents tangible evidence of the extent to which the character of the secretions of the colon is being altered by the process of inflammation.

Far more serious is the presence of blood in the bowel movement. At times this may be bright red, especially when blood is passed in quantity, and at other times it may become dark and tarry in appearance. Not infrequently, it may be considered as “something I ate.”

Needless to say, the loss of blood from this organ is never a normal occurrence, and the constant oozing of even a small amount of blood over a period of time will have a definite debilitating effect.

Do you know how a person looks when he is angry? If you don’t, you are probably such an amiable soul that you have no colitis or other nervous stomach problems! But if you are one of the majority, you will be quite familiar with the flushed, red skin and the tensed muscles of an angry face. You will have noticed the twitching of certain other muscles. Maybe you have heard of people being so angry they froth at the mouth; still others become so choked with anger that they have nosebleeds.

Well, if you have seen these things, it will be easier for you to understand how the angry, crazy colon looks, because it too undergoes the same changes. The blood vessels of the organ are filled to capacity, the muscles go into spasm and the glands secrete great quantities of the mucus that they normally secrete in only small quantities.

All that I would like you to understand is that when you become angry, torn with rage or harassed with frustrations, there is associated with this state far more than meets the eye. Yes, you can look at a person’s face and tell he is angry, but if you are a doctor, you know that the person’s colon is just as angry and goes through just as pronounced distortions, both in form and in function, as does that angry face we were talking about. When these feelings of anger are sustained, they leave a mark on the colon in the form of small bleedings under the lining of the colon. Some of these eventually result in ulceration.

In the minds of most people, however, the only symptom which suggests the possibility of colitis is the occurrence of diarrhea. Movements may range in number from two to twenty a day, depending upon the severity of the case, and may consist in actual bowel movement or bowel movement mixed with blood and mucus. Needless to say, diarrhea is very weakening. The reason it is weakening is that it not only deprives the body of much fluid, but that it also interferes with the normal process of absorption from the colon of water, salts and certain other substances.

If you have diarrhea, you are believed to have colitis but such is not always the case. It is far more likely that you have an enterocolitis. In other words, an inflammation of the small as well as the large intestine. Whatever harmful food substances irritate the colon have to pass through the small intestine in order to reach the large intestine and hence might well irritate it, too. While, therefore, it is literally true that colitis exists in such cases, it is only part of a general irritation.

What I would consider the great hidden or unrecognized symptom of colitis, particularly early colitis, is that of constipation. “Why Doctor, how can I possibly have colitis? I’m constipated.” More than one patient has said this to me, perfectly amazed that there could be such a thing as colitis without diarrhea. Yet the fact of the matter is that constipation is a far more frequent symptom of colitis than is diarrhea.

These, then, are the leading symptoms which cause people to suspect that all is not well “south of the border.” Any of these symptoms should induce a patient to consult with his family doctor as to the cause of the disorder, and to appeal to him for an exact diagnosis. Written By: J. F. Montague, M.D., Continue Reading: How to Tell a Case of Colitis