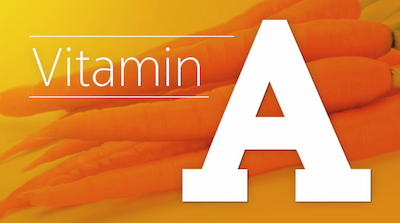 With growing understanding of he human body, as well as the substances it uses to stay healthy, certain facts about vitamin A have proven to be important to anyone adopting a healthy lifestyle. It bears mentioning that in addition to vitamin A, there are a number of other important vitamins that the health-conscious should be aware of. Be sure to do your research and speak with your doctor or nutritionist about which vitamins are important to your diet.

Basic Facts about Vitamin A

Vitamin A was discovered in 1913. Elmer McCollum, a biochemist at the University of Wisconsin-Madison, and his colleague, Marguerite Davis identified this nutrient in butterfat and cod liver oil. Their work confirmed that of Thomas Osborne and Lafayette Mendel, at Yale, which originally suggested the existence of a fat-soluble nutrient in butterfat earlier that year. Today we know that vitamin A can be found in two primary forms: retinol and retinal.

Retinol is the natural animal form of vitamin A. Almost all important facts about vitamin A stem from what we have leaned about this form of vitamin A. Retinol is a fat-soluble, yellow-colored antioxidant that is important to both vision and bone growth. Retinol belongs to a family of chemical compounds known as retinoids. Retinol is consumed, initially, in a precursor form from animal sources such as milk and eggs.

Retinal, the vegetable form of vitamin A, results when carotenoids are ingested in plants, such as carrots and spinach, and then cleaved by the body’s digestive process.

Nutritional Facts about Vitamin A

Vitamin A serves several important roles in nutrition. During the development of embryos, vitamin A assists in cell differentiation and is important to the patterning of the retina. Though out our lives, vitamin A is required to support the production of a chemical called rhodopsin, which our bodies use to create the visual pigment we used to see in low light levels. Perhaps one of the most commonly known facts about vitamin A is that eating food rich in vitamin A, like carrots, can help us see in the dark.

Vitamin A is also essential for proper functioning of epithelial cells, which are the cells that line all body parts (inside and outside) and provide the barrier that controls fluid exchange within the body.

Some other important facts about vitamin A are fact that it is involved maintaining a number of immune system cells, it contributes to the formation of red blood cells, and it affects the production of human growth hormone (HGH).

Facts about Vitamin A Uses

Several creams, for both cosmetic and medicinal uses, include vitamin A. Vitamin A creams can help to treat acne. In addition, many cosmetic creams make use of the way vitamin A is absorbed into the skin, where it facilitates a temporary increase in collagen production – which gives the skin a firmer, more youthful appearance.

Facts about Vitamin A Hazards

Vitamin A overdose is a real danger. Too much vitamin A can be harmful or even fatal, resulting in a condition called hypervitaminosis A. Excess vitamin A consumption has also been linked as a possible contributor to osteoporosis. Beta carotene, a carotenoid related to vitamin A, has been shown to be a possible cause for an increase in lung cancer risk in smokers, though it seems to reduce the risk in non-smokers. Finally, excessive consumption of vitamin A during pregnancy can lead to birth defects – some of which are very serious or even life-threatening.

Facts about Vitamin A Sources

Though there are a number of synthesized sources for vitamin A today, there are plenty of naturally occurring sources as well. Vitamin A supplements are sometimes recommended for those with deficiencies (of which Night Blindness can be a sign), most individuals should have no problem getting their recommended daily allowance from their diet. Vitamin A can be found in: sweet potatoes, carrots, collard greens, kale, pumpkin, spinach, sweet peppers, winter squash, apricots, cantaloupe, mango, liver, eggs, and broccoli.