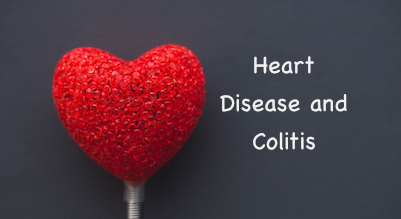 How on earth can colitis cause heart disease? Well, your amazement at this question is just as great as mine was when I first discovered that one of my patients, who had for some time past thought that he was suffering from severe coronary disease, discovered that when his colitis had been cured, his “heart disease” disappeared. Upon further interrogation, I found that the reason he thought he had a coronary or angina was that he had suffered pains in the heart region. Sometimes they were sharp and sticking in character. The pain was severe enough to disturb his sleep at night, and even, he felt, disturbed his digestion.

His symptoms were due to certain features of colitis which are not generally recognized. Whenever a spasm occurs along the food digestion canal, it interferes with the normal progress of the food mass (and gas) normally contained in the intestinal tract. Since there is a never-ending peristaltic surf coming down the food digestion canal, it keeps pushing more and more of this gas into the portion of the intestine ahead of the spasm. The result is an increasing pressure, which is exerted in all directions but is chiefly felt in an upward direction since that is where it interferes more definitely with function.

Many people do not realize it but the transverse colon lies in the upper part of the abdomen, right under the diaphragm. When it becomes ballooned up, it sometimes pushes on the diaphragm very hard. The diaphragm itself is an elastic muscular cloth about the thickness of a piece of muslin and it gives way before the pressure and pushes upon the organ right above it, namely the heart.

Now I am sure that you do not like to be pushed around at any time, particularly when you have work to do. You will, therefore, realize that the heart which has work to do every hour of the day, seven days a week, does not react cheerfully to this interference. The result is the pain, sharp or dull as it may be, in this so-called “heart region.” It may often be relieved by taking a glass of hot water or hot weak tea. The heat in this case relaxes the spasm and allows the gas to be distributed and hence, the pressure is relieved. It may also be released in many instances by the same mechanism, though in a different manner, by a low enema.

While the foregoing is a true study of affairs in many instances, I trust it will not be considered as a denial of the existence of symptoms arising from true heart disease. Many a case of “indigestion” has in time proven to be serious heart disease.

This is no time to guess. This is the time to remember that the heart is a vital organ and you certainly should not neglect to give full attention to anything that may appear to be a symptom of heart disease. However, there is no need to become panic-stricken at such symptoms, since they may warn of that far less serious condition—gaseous distention of the colon or intestines.

In any event, before concluding that you are the unfortunate victim of a heart ailment, have your doctor check up on your intestinal function. Make sure that you are not suffering from an over-distended colon or an abnormal accumulation of gas in your intestine. Thus you may take weight off your mind and a burden off your heart if you will instead direct your attention to the care and feeding of a colon gone crazy. Written By: J. F. Montague, M.D., Continue Reading: Anemia and Colitis