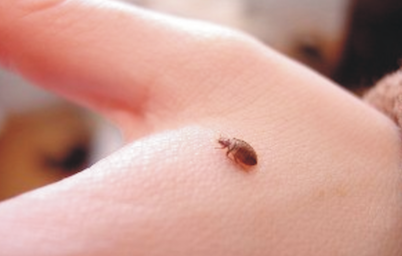 Insects and Allergy – Having an Allergic reaction to insects? INSECTS CAN cause allergy in one of three ways: by inhalation of scales or dusts from the wings and body, by injection of the venom through the sting or by the instillation of salivary secretion.

It is well known that many of us fail to react very much to the bite of a specific insect. On the other hand, a severe reaction can occur. This is not due to the irritant material, but rather to an acquired sensitivity. There have been as many as 30 different insects listed in our medical Literature as having caused allergic symptoms. As early as 1811, a case of bee sensitivity is recorded.

Some of the insects that commonly cause allergic symptoms are the caddis fly, May fly, wasp, flea, bedbug, mosquito, horsefly, citrus fruit fly, beetle, bee, ant, moths and yellow jacket.

The allergy from insects is usually a large local swelling, but it may be all over the body in the form of stinging, burning and smarting hives. If the sensitivity is severe, it can cause asthma, with swelling of the throat, shortness of breath, coughing and tightness of the chest. If the reaction is stronger, it can result in a severe general reaction with shock and collapse and death. All these reactions may occur within a few minutes to a few hours. Children seem somewhat more susceptible than adults, and they usually develop skin allergies, such as hives, often associated with infection because of the scratching from the severe itching.

Deaths which have been recorded have been caused by the bee, wasp, ant and hornet. Severe reactions have been recorded from moths and caterpillars, mosquitoes, yellow jacket, aphids, housefly, fleas, bedbugs and gnats. Scorpions and spiders, though not insects, can cause serious reactions.

Certain preventive measures may be used for treatment, especially of skin allergies from insects. A spray of 5 per cent DDT will kill most insects and prevent symptoms. Dr. Harvey Blank, in 1950, suggested the following procedure for the prevention of contact with insects.

Apply 5 per cent DDT (r) on dogs, cats and under cushions and rugs and avoid contact with these pets. This is also of value for mosquitoes, fleas and bedbugs.

Dust the individual with the powder lightly, and include the bed clothes and mattress.

Care should be taken to avoid contaminating foods, dishes and cooking utensils. Air the room after spraying.

Wipe excess spray from pets with a damp cloth to keep them from eating the powder.

Make sure that there is a light film of powder on the individual and that the spray contains 5 per cent DDT.

Insect repellents are effective if adequately and uniformly distributed, but they may irritate the skin and are harmful to eyes and toxic when taken internally. Most repellents are solvents of many paints, varnishes and plastics and may damage plastic materials, but will not damage wool clothing. They are applied to the skin, with a few drops in the hands smeared evenly on all exposed skin. For ant control, sodium arsenite mixed with ample sugar syrup or chlordane is very effective. Stings of the bee, hornet, wasp, yellow jacket and ant should be considered as serious and emergent, and promptly treated by your physician with adrenalin, 1—1000 solution, 0.5 cc. by injection. A few drops of adrenalin may be injected into the bite. This will contract the blood vessels and delay the absorption into the blood stream. Antihistamines may be given intravenously and by mouth. One may be selected from those listed under drugs in allergy. For spider and scorpion bites, your doctor may give calcium gluconate and magnesium sulphate intravenously into the blood stream. Local treatment is of no great benefit in serious reactions.

The skin test study of the insect-sensitive patient must include a sufficient variety of all possible insects known to cause allergic symptoms. The insect allergens used must be potent; they must have been scientifically prepared and tested. The history of previous contact with insects, such as beekeepers or those whose hobby may be insects, might be of great value in evaluating the study. Other associated allergies may have to be considered in the entire picture, if complete benefit of treatment is to be obtained. When the specific insect is incriminated by allergic skin tests, injections by hyposensitizing the individual to the insect are usually very successful. Prevention, of course, by screens and insecticides should be seriously worked on.

Through the following example, some of this discussion will be more clearly understood. Delay in treatment may be serious.

Jim B., a handsome, well-built man of 42 years of age, was very nervous and appeared visibly apprehensive. Only 24 hours before, he had been unconscious and narrowly escaped death. He was saved, thanks to his clear-thinking wife and the fortunate coincidence that the family doctor was next door seeing a patient. Dr. Smith correctly sized up the situation, administered a large dose of adrenalin into the vein and treated Jim for shock. Soon, his color, breath and pulse began to return, and, within minutes, he sat wondering what hit him, although he really knew the answer.

Jim is a captain of a large jet airliner, and, a few years ago, took up honeybees as a hobby. Recently, he had noted a change in his reaction to the bee sting, for he had been stung many times previously. The first time his changed reaction expressed itself in swelling at the site of the sting, with some numbness of the hand and arm. The second time he had a similar reaction, but with the addition of some hives and itching over his entire body, some shortness of breath and marked weakness. Dr. Smith was called, he gave him adrenalin and warned him to see an allergist who would study and treat him, for the next time it could be fatal. He did not go to the specialist. His third experience was almost his last.

Study revealed that he was allergic to bees, hornets and wasps. He also had some minor allergic manifestations, such as frequently recurring, but not disabling, coughs and colds due to household dusts. Treatment for the insects and dust has placed Jim in a good state of allergic balance, and he no longer worries about his problem. As a pilot, with so many lives in his care, this is a must for Jim. Written By: Jack A. Rudolph, M.D. & Burton M. Rudolph. M.D., Continue Reading: Miscellaneous Allergies