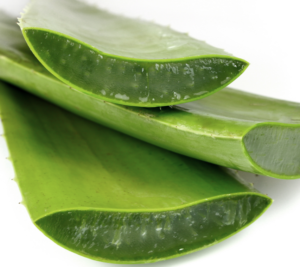 Although many people who receive an ileostomy find that their Crohn’s disease successfully goes into remission, when a person has a Crohn’s flare up, they experience inflammation within their digestive track which leads to pain, discomfort, diarrhea, constipation, and many other unpleasant symptoms. If flare ups happen often, many people try to find different ways to naturally treat the disease instead of relying on drugs.  One natural treatment method for treating stomach disorders is aloe vera.

In addition, a natural anti-inflammatory is usually gentler on the body and does not wreak havoc on the immune system causing the negative side effects often resulting from prescription anti-inflammatory meds that are typically recommended for Crohn’s disease.

What is aloe vera?

Aloe vera (Aloe barbadensis) is the most common form of the aloe plant and it has been used as a medicinal treatment for centuries, starting with the Ancient Egyptians.  The only part of the aloe plant that is used for medicinal purposes is the sap and the gel located within the leaves.  The sap is better known as aloe latex.

How is aloe used as a treatment?

Aloe can be used in two different ways.  The first, and most common, is to externally treat skin wounds caused by dryness, cuts or burns.  Gel is applied to the injured area and provides pain relief, sooths the skin and promotes healing.

The second form of treatment is when aloe is ingested to treat internal problems such as constipation, stomach disorders, diabeties, and many other problems.   Sometimes aloe vera is even used to aid in digestion.  When taken internally, aloe is available in powder and liquid forms.

Aloe latex will cause other medications to move through the digestive track far too quickly to have any effect as treatment. In addition, aloe latex is not generally used as a laxative to treat constipation due to the fact that it often causes painful cramps in the abdomen.

Aloe latex has other risks including:

Even though aloe latex is not an ideal treatment for Crohn’s, ingesting another form of aloe, such as aloe gel may be an alternative. Nevertheless, always check with your doctor before using anything to treat Crohn’s disease. Furthermore, you can always ask your doctor about other alternative treatments that may be effective.