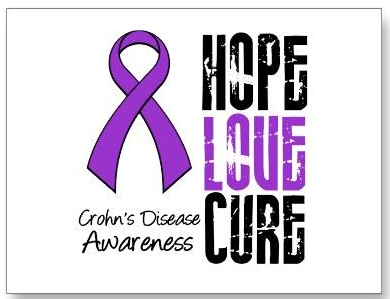 An introduction to Crohn’s Disease. Crohn’s is one of the many inflammatory bowel diseases (IBD) that can wreak havoc on the digestive tract. From what modern medicine has discerned about the disease we know for sure that there is no cure. However, with ongoing research and expanding medical knowledge there is hope that a cure will be found in the future.

Crohn’s was just another digestive tract problem until Dr. Burrill B. Crohn and his team pinpointed the condition and named it. This was the true introduction to Crohns Disease. Their research found that Crohn’s Disease affected the layers of the intestinal lining. They also discovered that if exacerbated, the disease could actually eat through the wall of the intestines themselves. This can lead to serious complications. However, if discovered early and treated most people will never reach this stage.

Crohn’s disease generally rears its ugly head in between the ages of 15 and 30. This doesn’t mean that the disease cannot manifest in those who fall either under or over this age range. The group with the highest prevalence rate of Crohn’s appear to be Jews of Northern European descent – or Ashkenazi Jews – but remember, Crohn’s disease affects people all over the world.

It is believed that Crohn’s disease has its roots in autoimmune functioning. This means that the body actually turns on itself and begins to attack tissue that is not threatening. This aggressive response by the body takes the digestive tract out of homeostasis and can cause a host of digestive problems.

Crohn’s Disease operates in a seemingly cyclical manner. This means that a person with Crohn’s isn’t always suffering. There are periods where Crohn’s Disease Symptoms are active and other times of complete remission. Some people may not have a bout with Crohn’s for months or years. However, this being said, the symptoms can come out of left field and hit like a runaway train. So, it is important for those with Crohn’s to be vigilant and take proper care of their health.

It is also fairly difficult to diagnose Crohn’s Disease because each of the IBD’s share common symptoms. In order to procure a correct diagnosis a doctor must usually go through a variety of steps. Oftentimes, people with Crohn’s Disease are misdiagnosed at first with another gastrointestinal disorder.

Even with all the current research, scientists are not sure what in fact causes Crohn’s. There are a few different schools of thought on the subject. As previously discussed, the leading theory is that Crohn’s Disease is autoimmune in nature. However, it is also likely also passed on through genetic information. Another theory provided is that Crohn’s is caused by infections in the intestinal lining. The most likely theory is that the origin of Crohn’s disease is a shotgun of all these theories. Each brings a piece of the puzzle to the table and the disease works from there.