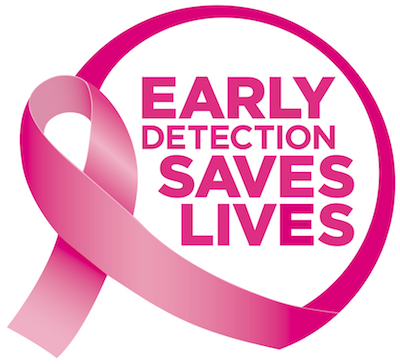 Breast Cancer Who does it affect?

There is plenty of reason for hope, despite the frightening statistics already cited. Over 95% of those who are diagnosed with breast cancer live at least five years – if their cancer is detected early. This means it is incredibly important to perform self-tests and have regular mammograms! Every single breast cancer awareness resource states unequivocally that Mammograms are one of the best early detection methods available – but some thirteen million American women over the age of forty have never had one. Remember: knowledge truly is half the battle.

Fortunately, breast cancer awareness has become more prevalent in our society. While we still don’t know exactly what causes cancer, we can, statistically, identify some risk factors to determine where breast cancer is most likely to occur.

Gender: In this case, cancer is not an equal opportunity occurrence. Women run the highest risk of having breast cancer. This is primarily due to the fact that female breast tissue is constantly influenced by estrogen and progesterone. Women run about 100 times more risk for breast cancer than men.

Age: Age increases risk as well. Statistics show that 17% of those diagnosed with invasive breast cancer are women over age 40, while 78% are 50 or older when diagnosed.

Genetics: Medical research suggests that 5 – 10% of those diagnosed with breast cancer are hereditary. Usually this is due to inheriting a mutated BRCA1 or BRCA2 gene. When those genes are normal, they contribute to the process of a cell creating certain proteins that maintain normal cell growth.

Family History: The risk of developing breast cancer is higher in families where two or more relatives have already been diagnosed with it, or where it has occurred in a member of the family before 50 years of age. Having a relative with two different kinds of cancer, or a having a male relative with breast cancer, is also a sign of increased risk. The increased level of breast cancer awareness in the past century have also provided research that indicate a family with a history of breast or ovarian cancer and Ashkenazi Jewish heritage is at greater risk, as is a family with a history of diseases related to breast cancer, such as Li-Fraumeni or Cowden Syndrome. It is estimated that about 20 – 30% of women with breast cancer have a family member with this disease.

Your History: Having cancer in one breast multiplies the risk of developing it in the other breast (or in a different part of the same breast) by three or four. This is independent of any recurrence of the original cancer.

Other Risk Factors: There are other factors that can increase the risk of breast cancer as well. These include (but are not limited to):

Fortunately, society’s increased level of breast cancer awareness has fueled an advance of medicine in that field. However, the single most important factor in treatment is still early detection – the importance of self-checks and regular mammograms cannot be overstated. Once the cancer is detected, there are currently several methods of treatment available.

Surgery is the most common method. Preferred surgical techniques involve removing the tumor while preserving the breast. In some cases, however, a mastectomy is the only choice.

Radiation Therapy is another alternative that involves dosing the cancer with radiation in an effort to kill it. This is done either by projecting radiation into the cancer-infected portion of the body, or by injecting radioactive material into, or near to, the cancer.

Chemotherapy is similar to radiation therapy, except that drugs are used to try and kill the cancer instead of radiation.

Hormone Therapy is the process of using a treatment that prevents the body from producing hormones that can fuel cancer growth and development.

In addition, there are new treatments in development. Cancer patients should educated themselves regarding these alternatives and speak to the doctor about the possibility of participating in the clinical trials of these cutting edge treatments.