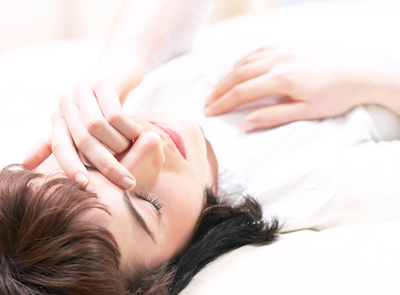 Is your spouse consistently being kept awake by your loud snoring? Perhaps your snoring is so loud, it woke you up a few times. You may have a sleep disorder called obstructive sleep apnea, which as its name suggests, is a caused by a repetitive obstruction in your upper airway while you sleep. This repetitive obstruction is the result of narrowed respiratory passages.

Obstructive sleep apnea can cause disruption in sleep, excessive sleepiness during the daytime, and other disorders, and therefore, it needs to be addressed quickly. The problem, however, is that obstructive sleep apnea has symptoms that are not readily apparent to sufferers and even doctors.

Three of the most common complaints about this sleep disorders are loud snoring, disruption in sleep, and excessive sleepiness during the day. People who suffer from sleep apnea experience fragmented sleep. They are likely to develop cardiovascular abnormalities due to the repetitive cycles of snoring, collapsing airways and awakening. Obstructive sleep apnea are prevalent among overweight individuals, as well as those who have a short, thick neck. However, the condition also affects those who are of normal weight but with a small, receding jaw. Most cases of OSA are undiagnosed simply because patients are not aware that they snore heavily when asleep.

Sleep apnea is a disorder that can be accompanied by other health conditions. In fact, those who have this sleep disorder develop cardiovascular disease. They may be hypertensive and obese, and these two factors increase the risk of cardiac disease. Sleep apnea sufferers who are also smokers are likely to also have or develop coronary artery disease and obstructive airway disease. People with the sleep disorder also tend to have psychosocial problems such as mood changes, depression, irritability, anxiety, impaired concentration and poor memory. Obstructive sleep apnea was also found to be associated with nocturnal panic attacks.

Sleep apnea isn’t easily treated with sleep medicine. Weight loss and dental devices are often recommended treatment options. The latter are used to modify the position of the tongue or jaw in order to lessen the obstruction during sleep.

There are doctors who recommend patients use a CPAP mask while they sleep. The mask, which is hooked to a CPAP machine, is positioned firmly over the patient’s nose. The CPAP machine generates positive airway pressure. This treatment method is actually recommended for most sleep apnea sufferers.

Other treatment options for OSA include invasive surgical procedures such as jaw surgery. This surgical procedure could be as simple as pulling the tongue forward or as complex as moving the mandible and maxilla. People with serious cases of OSA require extensive surgery, which has a higher rate of complication and longer recovery time compared to other treatment options.