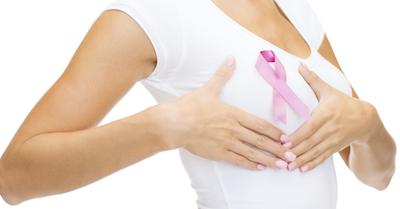 With one in eight U.S. women destined to face breast cancer in her lifetime, it should be no surprise that there is a powerful desire to identify breast cancer causes. This is no simple matter, however, as science is just now really beginning to understand how cancer works. Medicine can provide piles of statistics that show certain trends and tendencies that are found among those who have been diagnosed with breast cancer, but the discovery of a concrete causes still eludes them. Science does, however, offer some likely candidates for breast cancer causes. In order to better understand these, it is important to have a better idea what cancer is.

Cancer is, simply put, the uncontrolled growth of cells. All of our cells grow by dividing. That is, one cell splits and becomes 2. Those 2 split to become 4 – and on and on. This mitosis, or cell division, is expected and normal. When a cell splits, it passes on its genetic coding so that the new child cells can grow to become normal cells just like the initial cell. Part of this genetic code will tell the cells when to stop dividing. When cells fail to stop splitting, they become a threat to the host body. This is cell growth out of control. This is cancer.

So the hunt for breast cancer causes becomes a search for causes to this uncontrolled cell growth. Medical science now believes that cancer is a class of genetic disease, comprised of some 100 variants. In simplest terms, this theory hypothesizes that cancer begins in a single cell, when that cell accumulates a series of genetic lesions. These lesions damage the cell, and when that damage occurs in the DNA, where the genetic code is stored, they can obliterate the portions of the DNA that should regulate cell division. This is when cancer starts.

There are several possible sources for these genetic lesions. Some can be inherited. For example, the genes known as BRCA1 and BRCA2 have been identified by science as likely candidates for breast cancer causes. These two genes normally provide genetic coding the body uses to create proteins that regulate and normalize cell growth. Evidence suggests that if these genes mutate, they can be passed on to children, increasing the risk of cancer in those children.

It is also believed that this genetic mutation can occur later in life. If some sort of ionizing radiation or a hazardous chemical is introduced into the body, it is possible for genetic lesions to form. If enough of these lesions occur within a cell, the genetic coding is at risk, and cancer can begin.

Medical science believes that 4 – 10 lesions must occur in a cell’s DNA for cancer to develop. If this theory is correct, even those who inherit lesions from their parents may not necessarily develop cancer. If they avoid other risk factors, they may live their entire lives cancer-free. If this theory holds up, it means that a significant number of cancers are avoidable.

In 1995, Dr. John Goffman published compelling evidence implying that some 75% of breast cancer can be attributed to exposure to ionizing radiation – primarily medical x-rays. Goffman cited several studies, dating back to 1965, supporting his claim. Other scientists, with data going back to as early as 1940, have also presented material that supports this hypothesis. If genetic lesions are, in fact, the essential cause of cancer, it is certainly conceivable that Dr. Goffman’s argument is valid. When combined with lesions accumulated from other sources, including genetic inheritance, chemical exposure (carcinogens, etc.), and the their ilk, the lesions brought on by the ionizing radiation could well turn out to be one of the most identifiable breast cancer causes.

Even in his book, it should be noted, Goffman expressed the value of radiology in medicine. All concerns about x-rays should be discussed with your doctor.