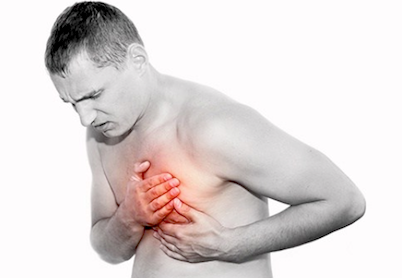 Though women are more likely to have problems, breast cancer in men is something that people rarely discuss, but should not ignore. Each year there are about 1600 new cases of men with breast cancer, and this often comes as a huge shock. Approximately 400 of these cases will be terminal. We usually associate women with this form of cancer, and many men do not give it a second thought. Though the percentage of men who are diagnosed is low, that does not mean it should be ignored. As with any type of cancer, early detection is key to survival.

Breast cancer in men is much like the type that older women get. Those who are older when they are first diagnosed seem to have a higher survival rate. This means that even though men might be uncomfortable with the idea, they should also give themselves regular self-exams. This will actually be far easier for a man, as he often has less fatty tissue in the area. Though male exams will be easier, they must still be just as thorough, and it should be done at least once a month. They should examine the breast and the surrounding areas. If they feel a lump, they should act as if something were wrong and visit with their doctor at once for additional testing.

The cases of breast cancer in men are almost all diagnosed after the age of 50. The most common type men seem to develop is ductal carcinoma. This type forms in the ducts of the breast and can then spread to the rest of the breast tissue, and then to other parts of the body if not found quickly and treated. Once it leaves the ducts it is consider to be more serious. They may also develop inflammatory cancer, which is easier to spot. The appearance of the breast will noticeably change. Breast cancer in men may also be  Paget’s disease, which is basically a tumor that has grown behind the nipple.

The reasons for breast cancer in men are much like the risk factors a woman faces. If there have been cases of this type of cancer in a man’s family, he is in a higher risk group. Smoking and toxins can also lead to cancer, as well as things such as leading a sedentary lifestyle and having a poor diet. Some men naturally have higher levels of estrogen in their bodies, and this can be a problem for some of them. Some men who have had cirrhosis of the liver also have a higher chance of being diagnosed with breast cancer.

Men should be more aware that they can be a risk for breast cancer. Because lumps are more easily noticed on men, this should be the first thing they look for when doing an exam. Being of higher risk does not mean breast cancer in men will develop, but as with things like heart disease and stroke, it is always best to know what to look for, and to visit with a medical professional if any problems are found. Treatment is the same for men and women, but will greatly depend on the stage and area where the cancer is found.