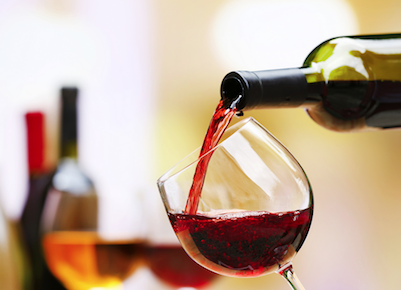 And a Little Wine for Thy Stomach’s Sake! – Wine And Colitis

In spite of Paul’s well-known admonition to Timothy, “Take a little wine for thy stomach’s sake,” all my experience has been that the milder drinks such as wine and beer have a far more deleterious effect upon the colon than do the stronger ones such as whiskey and rum. There is a good reason for this apparent paradox. The disturbing factor in alcoholic beverages, when used in moderate quantity, is not the alcohol but the associated substances which give them flavor.

In beer, these substances are known as extractives and their presence gives to the beer its characteristic taste. In wine, the flavoring substances are known as bouquet. In both of these, the alcohol is of such small content that it never gets past the stomach, for alcohol, unlike most substances, is absorbed in the stomach. Therefore, when beer or wine passes through into the intestines, their effects are produced by the flavoring substances and not by the alcohol.

These flavoring substances are mildly irritating like pepper, mustard and other spices. Since the membrane of an inflamed colon is hypersensitive to begin with, the natural result is an over-stimulation producing a spasm. The contraction of the bowel resulting from the spasm impedes the progress of material through the food digestion canal and leads to flatulence, cramps and a feeling of distention.

It is for this reason that I strongly forbid the use of beer or wine in cases of colitis. For the very same reason I earnestly forbid the use of ginger ale, the various cola drinks and other brands of bottled slops. Most of them contain carminatives and spices which, acting upon the super-sensitive membrane, produces waves of spasms and greatly interfere with normal function of the colon. Then too, most of them are carbonated and the carbon dioxide gas that is set free by the heat of the body after these drinks have been taken causes considerable distention.

After the foregoing condemnation of light wines and beer, it may seem strange indeed that I am about to say a kind word for the demon rum. Frankly, I feel that most of my patients would be benefited by the judicious use of a medicinal quantity of whiskey or rum. I say this for the reason that alcohol, quite contrary to popular opinion, is a depressant and not a stimulant.

Surely any doctor of medicine who has seen the ill effects of the prolonged use of phenobarbital and other coal-tar depressants will agree that the sensible judicious use of alcohol is to be preferred when a mild depressant is needed. For one thing, alcohol in small quantities is promptly oxidized or burned in the body and has no harmful effect on the blood or other tissues. The barbiturate, on the other hand, can and often does have a harmful effect on the white blood cells and lessens bodily resistance to infection.

Alcohol in small quantities at the long intervals suggested is actually a food. In fact, the body itself converts sugar into alcohol in the process of assimilation. Its sensible use tends to take the edge off the high tension of an overwrought nervous system. This fact is not one of my discoveries. It must indeed have been one of the most ancient discoveries because men have, for ages, taken a drink to ease their nerves—to relax the tension. I therefore say, without fear of successful contradiction, that the judicious use of alcohol can aid in one’s endeavor to triumph over tension.

The trouble is that there are so few good judges of how much relaxation is necessary and of how much constitutes a medicinal quantity. Certainly when relaxation is carried to the degree of a wet towel, something has gone wrong in the calculation. When taken to this degree, food is very often forgotten or if taken, digestion is so greatly impeded by the alcohol present that it becomes inefficient. No wonder the morning after brings with it, among other things, distress in the lower abdomen and diarrhea.

The answer to the whole problem is, if you are one of these who can “take it or leave it,” you’ve got such a good nervous system that you had better leave it. If you can’t do that, then at least you would put the vice to work by rationing yourself to one drink fifteen minutes before your meal. In this way, you can utilize the relaxation which the drink will bring to attain a better mental approach to the problem of digestion. It is that second drink which is the mistake. I once heard an elderly gentleman diplomatically refuse a drink by saying: “No, I’m sorry. With me one is too much and two are not enough.” At least he was smart enough to stop before he started. Written By: J. F. Montague, M.D., Continue Reading: Clean drinking water – The Forgotten Beverage