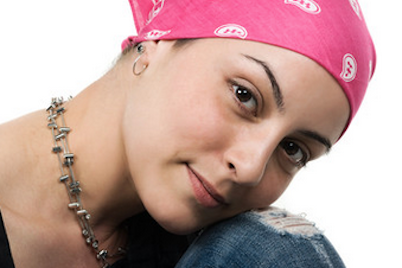 The medical science of breast cancer treatment has advanced a great deal in the past decades. As any doctor or oncologist will tell you, however, before treatment can begin, it is imperative to detect and diagnose breast cancer. The earlier it is detected, the better your doctor will be able to treat you – the better your chance to avoid radical and invasive procedures.

Given the importance of early detection in the overall scheme of breast cancer treatment, adult women should try to establish a habit of self-examinations by the time they reach 30 years of age. Self-exams are the first vanguard in early detection, since no one knows a woman’s body better than herself. If you discover an irregularity or believe you have found a lump, speak with your doctor immediately. Often these lumps can turn out to be harmless cysts, but catching a precancerous mass or a cancerous tumor at Stage I is going to allow for far better care than waiting until that small tumor measures more than 5 centimeters and has spread into the chest wall. When in doubt, see your doctor.

After age 40, women should have annual mammograms. Experts estimate that regular mammograms reduce the chance of terminal breast cancer by 35% in women over 50, and by at least 25% in women over 40. When it comes to fighting and surviving cancer, knowing is fare more than half the battle.

In addition to various clinical trials that are continuing to move the medical science of breast cancer treatment forward, there are four standard treatments accepted by the medical community today.

Surgery is still the most common breast cancer treatment. Under good circumstances, a surgeon will pursue breast-conserving surgery – such as a lumpectomy or partial mastectomy. If the cancer has spread or grown too far, however, a total or radical mastectomy may have to occur – where the entire breast, and possibly the axellary lymph nodes and part of the chest wall, have to be removed to get all of the cancer. Even in the best cases, it is common practice to remove one or more of the lymph nodes for testing in order to make sure that the cancer has not spread.

Chemotherapy, which is sometimes confused with radiation therapy, is the use of drugs to attack the cancer. In chemotherapy, the goal is to use chemicals to kill or impede the growth of cancer cells. In some instances, these drugs are applied regionally, near the cancer, while in others they are applied systemically.

Hormone Therapy is, in a way, an indirect method for fighting cancer. Rather than attacking the cancer cells directly, this method of breast cancer treatment suppresses the body’s production of certain hormones that promote the growth of the cancer cells.

Each of these four treatments is often used conjunction with some or all of the others, but they each have their ideal applications. Always be informed, and discuss your options with your doctor.