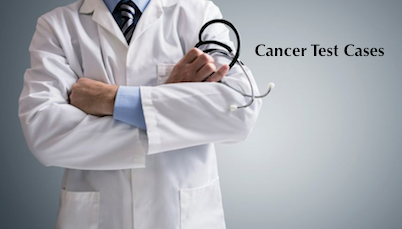 Our test cases will go down in history.

Those of the patients who knew that they were suffering from cancer were greatly helped by the thought that there was more at stake than their lives. They showed the proper fighting spirit when they understood that the success of a noble cause depended on their efforts and especially on their implicit obedience.

The details of all our test cases have been carefully tabulated for publication. In this volume, however, I am merely able to give an outline of our experiences. When the time comes our physicians will speak for themselves.
Everyone concerned with these test cases in New York passed through a baptism of fire, for, as it happened, the patients were pronounced to be in the final stages of cancer.

I maintain that it is not fair to expect such cases to recover under the Grape Cure or any other treatment.

And yet they have all passed safely through the test!

One young woman had had six operations on the rectum and the base of the spine. I never saw anyone so completely poisoned.

After beginning the grape diet (and she continued it longer than any of the other patients), the pus poured from her. When she began to pass worms, I knew that the terrible ordeal was nearly over. The grapes seem to ferret out the most deep-seated cause of trouble and drive it from the system.

This woman’s life will be a perpetual martyrdom. The coccyx had been removed a physician said she would never be able to sit properly and nothing could relieve the excruciating pain in the spine.

But to look upon that transfigured face fills one with awe. Her eyes shine with an unearthly beauty, her skin is soft and smooth like the petals of a rose. Sanctified by suffering, this woman has emerged from the abyss of premature death to be a witness to the divine healing properties of the grape.

There was a patient in the Bronx—a middle-aged woman, the mother of a large family. When first I visited her, she said she was in the final stages of cancer of the stomach and bowels. Vomiting night and day! When this stage has been reached, it is not considered wise to begin drastic treatment. But that death chamber was charged with so much filial love and passionate anxiety that I had not the heart to refuse my help.  Just a few grapes were given at a time. Within twenty-four hours the vomiting stopped. The desperate strain was relieved. But the emaciated victim went steadily down, passing through all the phases of debility and weakness until she actually reached the unconscious stage. The grim struggle for life lasted nearly two months. One healing crisis succeeded another. Finally her legs began to swell.

“This is the end,” one of her sons whispered.

“Yes,” I replied. “This is the end of the Cure.” The poisons had now been collected in a safe place. The family members were instructed to wrap the swollen limbs in grape compresses in order to open the pores. In a day or two— tomorrow, the swellings would probably subside.

“Tomorrow” found a distinct improvement in the condition and soon no trace was left of these dropsical symptoms.

Wonderful to relate, the hard mass in the ascending colon had been disappearing gradually. Nothing was left of that. And the stomach was now so normal and strong that the patient’s incessant demand was for “Food.”

At this point I must make special mention of the fact that during the most critical period, when the patient was no longer able to take grapes, the pure juice of grapes was administered with a spoon every ten or fifteen minutes. This natural stimulant seemed to tide her over the supreme crisis. I am quite sure that she could not have been saved in any other way. As she grew stronger, she drank grape juice by the pint and gradually other fruits were added to the menu. She is now able to indulge in a delicious variety of raw salads, a dish of sliced tomatoes with olive oil, a ripe banana mashed with sour cream, and her favorite beverage, buttermilk.

Life is full of problems and the great problem in that home at present is the catering department. With the next meal ever looming big in the mind of the patient, ingenuity is taxed to the uttermost to devise something new in the raw food line.

Some of the other cases have passed through experiences no less remarkable. In research work, the most satisfactory experiment may be made with external cancer. While the system is being drained of its poisons under the grape diet, the wounds are kept open with frequent applications of grape poultices, compresses or fomentations. The discharge from these wounds in the early stages of the treatment is horrible in the extreme. As Nature works very thoroughly, the discharge may continue for weeks. The grape apparently eats its way deeper and deeper into the diseased flesh and the wounds do not heal until all the poisons have been eliminated. Then the healing seems to proceed from within. No scabs or crusts are formed so long as the wounds are kept moist, but from the glistering bone outwards the process of reconstruction is carried on. Healthy, rosy granulations of new flesh appear and gradually the cavities are filled up.

With such miraculous evidences that a certain cure for cancer may have been found, one is thrilled with a new enthusiasm.

I have often been distressed by the questions:

“How do you know that you had a cancer ?”

This was proven by X-ray examination taken at the General Hospital in Johannesburg. Some of our test cases may likewise be disputed, but what about external cancers?

I am thinking of woman with cancer of the breast. One breast amputated, the other heavy with suppuration, ready to be removed. More appalling still, pus forming again in the scarred remains of the tissues on which the operation had been performed—these ominous signs striking a chill to the heart.

Then the transformation! A few weeks later during the Grape Cure there was a distinct softening of the swollen breast. No longer overspread by that ugly-looking, dark red hue, it showed a tinge of healthy pink here and there. The wounds on the other side were undergoing an even more remarkable change. There was less pus, and, it was less virulent, less offensive. The patient was exhausted but brave and sweet, she still came to a consulting room to be medically examined.

“Those grape poultices have a miraculous effect,” her devoted husband exclaimed.

How are such results brought about? The very simplicity of the diet is a handicap when one reads the directions. Written By Johanna Brandt, Continue Reading: Chapter 5 – Directions For the Grape Cure