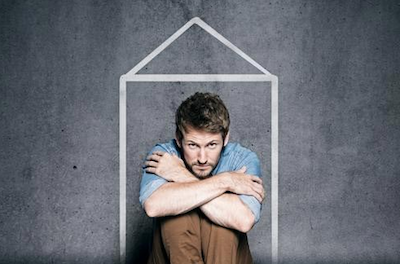 Claustrophobia – The Walls Are Closing In!

Claustrophobia is a fear of enclosed spaces, or spaces of confinement. Although not many people feel comfortable in small cramped areas such as elevators, planes, or trains, claustrophobics are terrified of such places and situations. This is because claustrophobia is an anxiety disorder. Therefore, most people who suffer from it are highly prone to panic attacks when faced with situations or places in which they feel trapped.

Fearing enclosed spaces is often a result of a traumatic incident that may have occurred in childhood. However, it is interesting to note that research has found a significant number of claustrophobics likely suffered from panic disorder (another anxiety disorder characterized by frequent panic attacks) prior to developing claustrophobia. This is probably due to the fact that those with panic disorder dread the idea of having a panic attack in public. Hence, being walled up in an elevator, train or stuck on a plane for a few hours is a virtual nightmare for these individuals.

When in a confined space, a claustrophobe may experience symptoms such as feelings of breathlessness, racing heart beat, heavy perspiring, nausea and an overall feeling of dread. They may also experience other symptoms not mentioned. Nevertheless, all claustrophobia symptoms are brought on by anxiety and are purely psychological, posing no real physical danger to the person.

Depending on the claustrophobe, what is deemed a confined space by one, may not be the case for another person who suffers from claustrophobia. For instance, while one claustrophobe may suffer feelings of distress and anxiety when in specific enclosed environments such as elevators, planes, or auditoriums, another may fear these same situations as well as outside crowded public spaces. Therefore, the situations that trigger anxiety attacks may differ for each claustrophobic. Additionally, more triggers may develop, and attacks can become more severe with time if not treated.

There are a number of psychotherapy treatments that are currently used to help people cope and overcome claustrophobia. The following are some of these treatments:

Cognitive behavior therapy – the claustrophobe is encouraged to face the specific thoughts and attitudes they have which cause their fear, and change them.

Counter-conditioning – The person suffering from claustrophobia learns how to use particular techniques involving visualization and relaxation when they experience anxiety attacks related to their fear. The goal of this treatment is to allow a claustrophobic confront the source of their phobia without experiencing anxiety.

Flooding – This particular therapy is known as exposure treatment. Its purpose is to make a claustrophobic face their fear head on by exposing them to a confined space. The aim of this therapy is to have the person realize that although they have had to face what they dread most, in actuality, they’ve experienced no real harm. Sometimes this realization gives the person a feeling of empowerment and control over their fear. However, this method isn’t always successful.

Medications – Those who severely suffer from claustrophobia may be prescribed certain medications such as tranquilizers or anti-depressants to help them cope with their anxiety attacks.