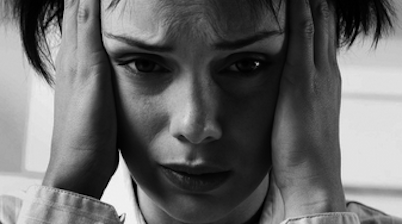 Did you ever hear the expression, “He drives me crazy”? Well, there is a very sound basis for the charge. We live in a world where emotional vibrations have effects upon our physical beings. This is particularly true when our lives are spent in crowded communities where we are subjected to the turbulent social intercourse of our times. The rush of business, the push of social ambitions and the high pressure of low-grade advertising all exert a disturbing and distressing effect on our nervous systems.

Nowadays everybody is in a hurry. For what reason? They, themselves, cannot tell. Perhaps for the same reason as the speeding motorists who is in a hurry to have his accident and get it over with.

In any event, senseless haste is evident everywhere and leads to senseless waste of nervous energy. How? Rush to keep an appointment, overcrowd your schedule, hang on tenterhooks while awaiting an interview; always expect the impossible and then frown in frustration when you meet with disappointment. All these are way stations on the hurry, worry, bury express. All aboard!

If you want to avoid your cerebral accident, your first stroke, change your attitude in life. Do not try to do ten things in the time reasonable for three. Do not fret if you cannot keep a schedule, or fume if you aren’t able to do all the things planned for the day. Just do as much as you can with comfort to yourself and avoid that ulcer.

At your work, do an honest day’s work, so that you can lie down at night at peace with your conscience. But do not let the office tyrant take out his high blood-pressure on you. Let him blow out his arteries rather than ruin your nervous system. Men pass through a change of life as well as women and experience the same period of emotionally stormy weather.

All right it’s a part of Nature—let him have his change of life, and pity him! You may, if you live long enough, be at that age yourself some day.

Speaking of change of life very naturally brings to mind the truly great influence this event may have in the causation of wrecked nervous systems—especially in other people! Bad enough it is that the fair sex has this cross to bear but still worse is the double cross his family has to bear. Many a happy home has been rendered miserable by a lack of understanding of this situation.

It is entirely normal for persons arriving at a certain point in their lives to experience “change of life.” This is occasioned by a loss of balance in the nervous system caused by a change in the glands of internal secretion—notably the sex glands, the pituitary and adrenals. This gives rise to irritability, moods, spells of depression and often downright meanness. Be charitable in judging such a person—perhaps they haven’t sickness to excuse them; but just as truly as they are not really sick, they certainly are not well.

Fortunately in this day and age, we can control this easily by administration of appropriate glandular medicines. Suggest that they see their friend, the family doctor. He will see to it that they get the right medicine instead of those suggested in sewing-circle gossip.

So much on being fair to the people who are going through their change. Let us go further and insist that they be fair to us—or still better let us resolve not to permit them to be unfair to others. This may be accomplished by insisting that they receive treatment from their family doctor and also by your own attitude in the face of emotional storm. Exercise forebearance, try to be calm, refuse to be disturbed by tantrums or tart ill temper—refuse to give in to unreasonable demands. This we can best do by ignoring them, not by fighting them. In short, refuse to be dominated by their whims. In other words, do not pass through somebody else’s change of life.

Colitis of the spastic variety invariably originates under conditions of emotional and nervous strain and stress. For this reason we have devoted a chapter to the consideration and understanding of the type of persons who insure a steady supply of colitis and ulcers in this world.

In these days of career women, it is not uncommon to find them in offices or in executive positions. To argue as to whether they should submit their nervous systems to the torturous tattoo of modern-day business life is fruitless.

The fact is, they are there, many of them competent, and well meaning people, but it is also fruitless to argue that it is the man or woman who has risen to high responsibility and is giving signs of cracking, who not infrequently is the source of disturbance in an organization. Nobility of purpose and good intentions will not save the day. Hell, they say, is paved with good intentions. The fact is that these office tyrants not only splinter their own mental stability, but they also induce disturbing ripples among their associates.

Have you ever been near one of these people—high tension fairly sparking? The moment they enter the room, the hair on everybody’s head stands up as if some huge charge of static had passed near them. Such a person can not only disturb the peace of mind of everybody in an organization but can also seriously impair morale and efficiency.

It is not my intention to slander or ridicule the person of responsibility, the boss on whose shoulders all burdens rest in their final analysis. Far from wishing to disturb this individual with any but constructive criticism, I wish rather to make him aware of the influence which his state of mind can have on others even without saying a word. Being a smart man (and he wouldn’t be boss if he were not) he will see the good sense in realizing this defect in managerial policy. Thus not only will he put his employees at ease but find himself bathed in the sunlight of good fellowship in his organization. Still further he will have helped cut down the “crazy colon” population. Written By: J. F. Montague, M.D., Continue Reading: Only a Pack a Day