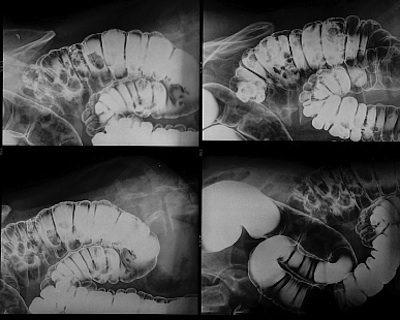 For many years past (over one-third of a century), I have had the opportunity of acting as a sort of Secretary of the Interior for countless scores of people. They have come to me complaining about their insides, their stomachs and colons, their digestive systems in particular and the food digestion tract in general. I have listened with full sympathy to these complaints and have been earnestly desirous of doing battle for them with the ailment which they so touchingly describe.

However, as the years have gone by I have become increasingly aware that the plaintiff in the matter, my patient, has not always been as blameless as he would have me think, nor was “the inner man,” the food digestion tract, quite the rascal that my patient had described him! In fact, on more than one occasion I have found my sympathy leaning toward the food digestion canal and my judgment, which should have been impartial, becoming warped because of a growing indignation with my patient over the atrocious mistreatment he had accorded such a faithful servant as this same “inner man.”

Hot dogs, soda pop, ice cold drinks, hot spiced chili and many other ill-selected dietetic items time and again have been gulped down and passed on to the long suffering stomach and intestinal tract. Naturally the stomach fights back at this offense and pours forth volumes of acid into the stomach. Then, in an endeavor to put the matter out of stomach as well as out of mind, it shoots the mass of “food” into the intestines. Here the liver and pancreas struggle manfully with the assorted mess. Some times it is even too much for them and since they have been made one of the great army of maltreated organs, they play the Army game, they “pass the buck”! All things come to an end, and in this case the colon marks the end.

Nature in its naiveté apparently never thought that the colon would be subjected to any such tantalizing treatment as man deals out to it. Hence it gave it no means of fighting back, no digestive juices, no enzymes, nothing but the ability to weep—weep mucus —and this it does at times most copiously!

As if the injury itself were not enough, the possessor of this colon decides to use what he laughingly calls his intelligence. The effect of this is that emotions are tossed in storm-like torrent and the nervous system is screwed up to the highest point of tension it can stand. Add up the muddled mind and the jangled nerves, count in the defective nutrition due to faulty digestion, figure in the quantity of poison absorbed from putrefying food in the food digestion canal and you will find you have a state of affairs that is enough to drive the colon organ damn near crazy. In fact, it goes into such spasms that it reflexly disturbs many other organs nearby. I think we are stretching no point of imagination nor taking any poetic license when in such cases we call this poor benighted organ “The Crazy Colon.”

Such a state of affairs requires sympathetic understanding. It requires corrective care and proper feeding, and the balance of this reading is devoted toward a kindly consideration of what is the best method for the care and feeding of the crazy colon—the commonest of all intestinal troubles. Written By: J. F. Montague, M.D., Continue Reading:  Let’s Come to Terms, Dear Reader