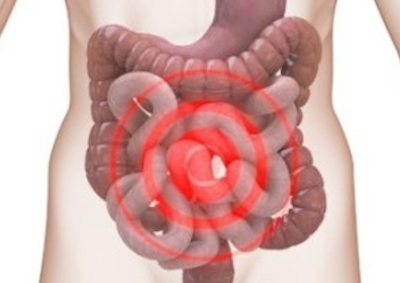 Elsewhere in this book, I have made the statement that the most dangerous stage in the course of the disease known as colitis is when the patient feels well. This may sound paradoxical but it is nevertheless true. It is true for the reason that this is the very time that the patient feels that he may abandon diet and medicine with impunity—and it is at this same time that a relapse is most prone to occur.

In a somewhat similar manner the most dangerous form of colitis is that in which there are few symptoms or no severe symptoms. This is the beginning and that is why I have termed it the most dangerous stage since a person is liable to shrug his shoulders and say: “Oh, it’s nothing.”

He may notice a slight tendency towards constipation, a sense of fullness after eating, an increase in intestinal gas and perhaps a slight cramping feeling in the lower part of the left side of the abdomen.

There are other inconsequential bits of evidence, such as bad taste in the mouth, that “bottom of the bird cage” flavor, foul breath, a tongue that looks like a raccoon coat, loss of appetite and perhaps headache. Irritability and sleeplessness may occur, with a slight tendency to chronic fatigue and feelings of depression.

Now each of these symptoms, in itself, might be considered so insignificant as to be termed “nothing.” When one practices medicine over a great number of years, he comes to learn that school-house arithmetic is guilty of certain omissions. While it taught you that 2 and 2 made 4, it is only experience that will teach you that 0 and 0 make something—in this case, trouble. As you go along collecting the things that are “Oh, nothing,” you will gradually become aware of the truth of this statement.

I have said that this is the most dangerous phase or type of colitis for another reason. It is the beginning! I always urge my patients to realize that there never was a fire so great, that couldn’t have been extinguished with a cup of water when it started. In other words, if we recognize colitis in its first stage when it is only a catarrhal congestion of the lining of the colon, we will spare ourselves the more painful evidences of the advanced disease.

Some of my patients have been amused at the diagnosis of catarrh of the colon because they thought that catarrh can only occur in the nose and throat. They knew that heavy smokers may develop that oversecretion of mucus which has given rise to the name catarrh. I have used this familiarity on their part with smokers’ catarrh to explain to them the mechanics of a catarrhal inflammation.

The mucus membrane which lines the nose and the throat is similar to that which lines the colon. When irritated, it seeks to protect itself, by secreting in great volume the substance known as mucus. Its function is to dilute the irritating substance and wash it away. The excessive flow of mucus has given rise to the term catarrh, which comes from a Greek word meaning “I flow down.”

Now, in much the same way, the mucous lining of the colon responds to irritation. In this case, the irritant is not smoke but is the irritant poison found in things that have been eaten, such as spinach, which contains oxalic acid, or substances which have been generated by faulty digestion or putrefaction of the food.

In any event, the presence of this irritant brings about a response identical to that observed in catarrh of the nose. The mucus flows out in great quantity. In the bowel, this has the effect of liquefying the contents; hence diarrhea results. But before that, in the early stages, this irritant brings about a spasm of the circular fibres of the colon which tends to hold the intestinal content longer than is normal. We have given this condition the name of constipation.

Later on, when the irritant action is intensified and prolonged, the flow of mucus becomes so great as to render the intestinal content more liquid than is normal. The result is the passage of many movements either pasty or liquid in character. Popularly this condition is known as diarrhea.

There is no need to repeat here the causes in detail. These have been mentioned in the chapter entitled “How Did I Ever Get This Way?” Nor need we go into the specific treatment of catarrhal colitis as this is covered under the chapters entitled “The Care and Feeding of the Crazy Colon.”

What is important at this stage is to realize the mechanism by which many cases of colitis start. The catarrhal is the first phase of colitis. If you recognize it promptly and treat it adequately, the rest of the book will have only academic interest for you. However, in this happy situation you will find satisfaction in the fact that you at least have abstained from adding to the population of crazy colons. Written By: J. F. Montague, M.D., Continue Reading:  Constipation—Colitis—Cancer