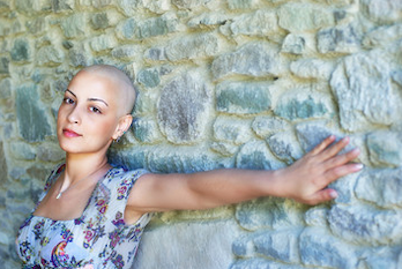 There is nothing new about the Grape Cure. Over a hundred years ago Dr. Lambe, a pioneer reformer and dietitian, treated cancer in England with grapes. It was quite a common thing in those days to let patients loose in the vineyards of Germany, France and Italy and permit them to eat their fill. Whether other foods were included in the treatment is not known.

Even in our day the grape is well known in Europe.

Germany seems to be the centre of this natural healing cult. The grape diet is recommended by Dr. Herman Rieder, University Professor, and Dr. Martin Zeller, both of Munchen, Germany. For a complete cure these doctors prescribe the juice of freshly pressed grapes to be taken in five meals daily. Their treatment lasts from four to six weeks and the best time to undergo it is during September and October. In some cases large quantities of juice are administered —from two pounds to thirteen pounds of pressed grapes being used daily.

(We do not recommend the consumption of more than four pounds of grapes daily under most circumstances.)

In Germany, the grape is called the Queen of Fruits, and there are many well-known sanitoriums in Central Europe for the Grape Cure.

While I was experimenting on myself by fasting and dieting alternately, the facts mentioned above were not known to me. I discovered the Cure for myself in 1925, and my system of feeding the cancer patient with small quantities of grapes every two hours is altogether new. I am sure I would never have survived the terrible ordeal of that last conflict with the disease if I had not taken this natural stimulant in the form of grapes or grape juice frequently.

Its effect on the body, however, was not more wonderful than the effect it had on my mind. I had been seeking desperately for nearly nine years and now, after a seven-day fast, in satisfying a natural craving for grapes, I suddenly knew that I had struck something on which the deliverance of perishing humanity depended. A deep, inner, spiritual conviction that this simple remedy was a divine gift struck to the core of my being. Since that memorable turning-point an abiding soul-rapture has been mine. The surface storms of life can never touch it.

To share this with the world has become my highest aspiration.

The spiritual beauty of the dream grows when worked out in detail on the physical plane. Each day brings fresh surprises, new revelations, more amazing proofs. Not until you have experienced it yourself can you realize what it means to possess the power of demonstrating facts to an unbelieving world.

“In My Father’s Vineyard”

Nearly 2000 years ago Someone loved to lay stress on the significance of the Vine.

His first miracle was the changing of water into wine. His last act was the abolition of the sacrifice of blood (death) and the introduction of the sacrament of wine (life.)

We may not quite understand what was meant by this illustration, but that is of no account. Very few of us, when we use the telephone, understand the inner workings of the device. That does not deter us from making use of it.

THE GRAPE CURE IN EUROPE

“It was very gratifying to me shortly after my arrival in America, to find that

The Grape Cure was an old established institution. As far back as 1556 books on this wonderful Nature Cure had been published in all the various languages of Europe. On visiting a famous hospital some time ago, I learned that there is a large number of books in existence which have been published during the last four hundred years, dealing with the Grape Cure as a remedy for various diseases. The writer has been assured by an eminent authority that this is the first book on the subject issued in America.
M. H. contributes the following: “I was born in the vineyard districts of the Rhine Valley with its mountains on both sides and the vineyards on the foothills. The vineyards in Germany—perhaps in all Europe—are under certain and special laws for the protection of the Grapes against several kinds of insects and maladies. The farmer is not allowed to enter his own vineyard whenever he pleases, he has to arrange that certain work has to be done at times specified by the Government. Therefore sometimes the vineyard are closed by the Government and opened only to spray, etc. and for the final harvest. The Government then announces publicly (somewhere still by the Town Cryer) the fixed date for the harvest, allowing about 10-20 days for each vineyard to finish it. The help of every able bodied man, woman and child is urgently required by the Government, in order to make sure that all the Grapes are picked at the set date.—That’s why all farmers, villagers and even people from nearby cities come and help with the harvest. Many are thinking of getting their yearly free Grape Cure.—And be assured, these people would never have discovered that the Grape Cure is also a “Cancer Cure,” because there is no cancer amongst them, due to having their yearly Grape Cleansing.

“The vineyards are located on rocky foothills, made up terrace-like and around the plants you see only stones and pebbles covering the scant soil. The rows are planted far enough apart to permit the Spray, Fertilizer and Harvest Wagons to pass each other. At the entrance of each lane in some vineyards is a long pole which is lowered and locked at certain times by the government. When the harvesting of the Grapes is completed there is a gay and spontaneous celebration indulging in singing folksongs and dancing. From there a procession starts bringing the Grapes or Juices in to the villages in large open barrels (Bütte). In the villages the celebration continues sometimes for a week, many times the people arrayed in their National costumes.

“From the foregoing you will see, that in parts of Europe the vine industry is considered very important and therefore gets careful attention by the Government. M. H.” Feeding Cancer Patients “Nothing New” Written By Johanna Brandt N.D.Ph.N., A.M., Continue Reading: Chapter 14 – Definitions Given for “Grape Cure”