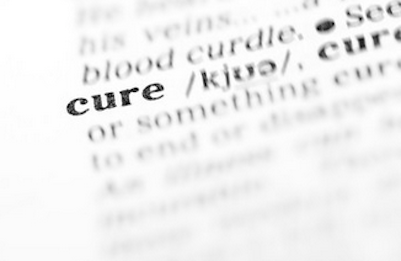 Chapter XIV – Definitions Given For The Grape Cure

“GRAPE CURE—A popular method of treatment in vogue in certain parts of France, Switzerland, Germany and Tyrol, consisting of a more or less exclusive diet of grapes.” (The Century Dictionary and Encyclopaedia)

“GRAPE CURE—A system of natural treatment in which the patient is confined wholly or chiefly to the use of grapes for both food and drink.” (Liþþincott’s New Medical Dictionary)

“Pickens and Hetler examined, among other things, the acidity of the urine in human subjects who had drunk large quantities of grape juice. When, under carefully controlled experimental conditions, as much as a quart of grape juice daily was ingested, neither the iron hydrogen acidity nor the titratable concentration of the urine was significantly altered.*’

(Journal of the American Medical Association, Volume 94, No. 14)

“As to the curative results from X-ray and radium irradiation, these methods of treatment of malignant neoplasms have proved very disappointing.” (Journal of American Medical Association)

This definition is found in “A Pocket Medical Dictionary,” by George M. Gould, A.M.,M.D.:

“Grape-cure.—The treatment of pulmonary tuberculosis by ingestion of quantities of grapes.”

Webster has defined THE GRAPE Cure as “(Medical) Treatment of diseases, especially tuberculosis, by the free use of grapes as food.”

The New International Encyclopedia, 1915, Vol. X, page 225; “A method of treatment of some diseases and conditions with a diet of which grapes form a very large part. This treatment is in vogue to some extent in France but to a much greater extent in Germany and in Hungary, in which countries as well as in Austria and Switzerland, there are sanitariums at which the Grape Cure is administered. The Grape Cure has been of advantage in diarrhea, dysentery (non-amoebic), hemorrhoids, engorgement of the spleen and has caused improvement in cases of tuberculosis, gout and some skin diseases.”

When you are thirsty, drink a glass of water. When you are hungry, eat a bunch of grapes.
* * *
There is no such thing as a “fruit fast” or “grape fast.” One who is eating grapes or other fruits is not fasting.
* * *
You are not on a Grape Cure when you are eating other foods with your
grapes.
* * *
No one expects you to live on grapes for the rest of your life. When the grape has done its work, you go back to normal, whatever that may be.
* * *
Before you go back to it, make sure that it is not abnormal.
* * *

You do not change your religion when you go on the Grape Cure. It is simply a change of diet.
* * *
Only the sick get weak on grapes.
* * *
Never force grapes down your own or anybody else’s throat. To be beneficial they must be enjoyed.
* * *
The blood is dependent on what we eat. Eat the magnetic grape and you will learn to think.
* * *
Magnetism is the connecting link between Mind and Matter. Is your link weak or strong?
* * *
No one tries to give a drowning person a lesson in swimming.

Moral—Study the Grape Cure while you are well. Be prepared.
* * *
“Feeding the patient to keep up his strength” is the surest way of killing him.
* * *
A few spoonfuls of medicine cannot undo the effects of years of wrong living.
* * *
Cast your bread upon the waters and it will come back buttered.
* * *
Acidosis is at the root of most of our bodily ailments. It is caused by the use of cooked foods, meat, starch, white bread and white sugar.
* * *

The acids in fresh fruit become sweet as honey in the stomach.
* * *
Artificial sugar, on the other hand, turns to vinegar.
* * *
Natural Healing, like all the other Laws of Nature, is an exact science.

Arthur Vos, M.D., Editor of “Health Culture,” says:
“The author of this book is the first person to discover the great value of the grape and its juice in the cure of cancer.

“Following this discovery, thousands of physicians and naturopaths throughout the world have adopted it in connection with other fruits for many chronic diseases and conditions, such as chronic constipation, hemorrhoids, chronic gastro-intestinal catarrh, hepatic ailments obesity, tuberculosis, ulcer of the duodenum, ulcer of the stomach, and cancer.

“Grape vines are found growing wild throughout the temperate and parts of the torrid zones of both hemispheres. From these the cultivated varieties of the present day have been propagated. The cultivation of the grape and the making of wine are of the most remote antiquity, as appears from the scripture history of Noah and other bible characters, and for many passages of the most ancient authors, for example, Virgil and Columelia. The grape was probably introduced into the south of France and into Italy by the Phoenicians about 600 years B.C.

“There are many varieties of grapes indigenous to America, particularly the Catawba, the Isabella, the Concord and California grapes, which are all described by the historian of Sir Walter Raleigh’s voyages to Carolina in 1584:

“During colonial times, many attempts were made to grow European varieties of grapes in the United States, but the experiment was not a success, owing to various pests and to certain mildews which did not affect the hardy vine but which infested the foreign importations. The European grapes have a higher sugar content than the American species, and are better adapted for wine making, especially champagne. They also keep better and make better raisins. The American table grapes, however, are more refreshing and make a better unfermented drink, than the imported varieties.

“As a fruit, grapes are delicious, nourishing and fattening; in large quantities they are diuretic and of value in the dietetic treatment of constipation and some gastric disorders. The Grape Cure consists of eating many pounds of grapes daily. The value of grapes is due especially to their large proportion of sugar. In certain wasting diseases care may be exercised not to eat too freely, or diarrhea may be produced, which would hasten the end. Sweet grapes, when they do not purge, are, exceedingly valuable as a food and exert a curative action in bronchitis, gastric and intestinal atony. Even in Bright’s disease they may, with favorable climate conditions, contribute to a restoration of health.”

It is my privilege here to offer a sincere tribute of gratitude and appreciation to those noble pioneers of Naturopathy who have done so much, suffered so much and achieved so much in America. Those who follow in their wake will find the road paved. Stumbling blocks have been removed and the forerunners will never pierce the feet of their successors. Under great tribulation, they have built up a monument of Nature Healing which will stand throughout the ages.

I advise all sufferers of serious diseases and, indeed, all who are interested in health, to study the many valuable books on Nature Cure.

To get the best permanent results, the Grape Cure should be combined with judicious fasting, deep breathing, water-treatment, sun-bathing, sea-bathing, physical exercise, fruitarianism, and the raw vegetable diet, and mind culture. Definitions Given For The Grape Cure Written By Johanna Brandt N.D.Ph.N., A.M., Continue Reading: Chapter 15 – Excerpts From Articles And Testimonial Letters