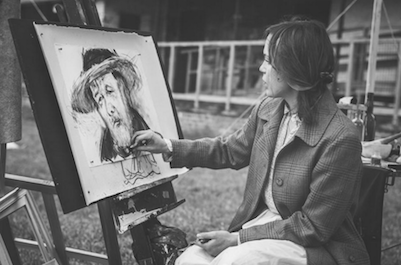 In developed countries, IBD (inflammatory bowel disease) ought to be one of the most commonly seen diseases.

Have you read about any real life events of any human diagnosed with Crohn’s or ulcerative colitis 50 years ago? Well, perhaps not. However, in today’s world, these 2 diseases do exist.

An article published in the Gastroenterology journal revealed that inflammatory bowel disease (also known as IBD) is becoming more and more prevalent globally.

Studies discovered that people diagnosed with IBD is on the rising trend in virtually every part of the world filled with information about the disease, and this is more prevalent in developed countries than developing countries.

Dr. Gilaad G. Kaplan from the University of Calgary in Canada was the person who formulated this study. According to him, the main intention of the research was to approximate the impact of IBD globally, so as to ensure that sufficient funds can be assigned to help people diagnosed with the disease.

IBD is actually a big disease that describes numerous diseases; the most popular disease is the Crohn’s disease as well as ulcerative colitis.

Crohn’s is actually an autoimmune condition that will have an impact on our gastrointestinal tract, resulting in stomachache, diarrhea, lost in weight and in some serious cases, bleeding. Ulcerative will happen in the colon or rectum, and the common signs and symptoms are diarrhea, abdominal cramps as well as rectal bleeding.

It is a challenging task to compute the total statistics of people diagnosed with IBD, particularly in not so developed countries in Asia as well as Africa

There isn’t a standard protocol to retrieve information about IBD from patients.

Analysts assess the population-based studies of IBD virtually in every part of the world. The outcome of the research was that there is an increasing trend of the disease in every region assessed.

They also discovered that IBD was most prevalent in the age range of 20 to 40. According to the researchers, this is a medical problem, since the disease is coupled with long term health care expenditures, and will therefore continue to be a toll on the health care system.

Scientists are still investigating the source of IBD. The more possible explanations are genetic and environmental factors.  Dr. Kaplan came to a conclusion that the bacteria present in the gut is the most possible cause for the increasing trend of the disease.

The study reveals that as countries start to industrialize, their citizens are susceptible to a much lesser diverse combination of microbes. This is the main difference between a healthy, strong immune system and one which is susceptible to IBD.