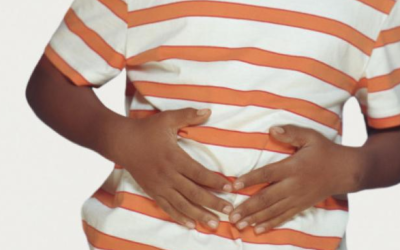 Broadcasting noise is to be expected from a radio station but it always comes as a rather embarrassing surprise when it originates somewhere in the center of your stomach organs of indigestion. At times the music may only be perhaps nothing more than a casual murmur of fluid supping through the coils of your intestines. At other times the rumbling and grumbling might lead one to think that a bear had “holed up” inside of you for the winter. Needless to say, the unexpected comment of the inner man upon the state of things he finds there often gives rise to embarrassment, especially since it always seems to happen during some painful lull in the conversation. Anyone who is troubled with melodious intestinal rumblings such as I have described would give much to know how to stop the music.

The rumbling and gurgling of gas in the abdomen is what is technically known as borborygmus. It gives rise to a sensation of pressure in the abdomen, and the noises mentioned are due to the shifting of the gas in the coils of the intestine. Fermentation and putrefaction occurring in the colon are undoubtedly a frequent cause of flatulence, but they in turn are caused by faulty digestion and elimination, chiefly by the latter, which, known by its common name, is constipation.

It must not be assumed, however, that every instance of this is due to constipation, for when strong cathartic medicines have been taken, the intestinal nerves lead to such increased contraction of the intestines that the food materials are hurried on in a more liquid state than they would be ordinarily, and in this situation, rumblings and gurgling are also of frequent occurrence.

No one need be embarrassed or unduly annoyed by this condition, since many people are afflicted with it. It merely indicates an interference with the ordinary contractions of the intestine and with the normal character of its contents. Thus, if spasm occurs, the material is held in the loops of the intestine too long and the myriad of bacteria present may actually bring about putrefaction and fermentation of the food substances. Yeast cells may also induce a type of fermentation.

Furthermore there is a strong nervous element present in some cases which can produce a marked abdominal distention even in the absence of extensive fermentation. The distention often occurs very quickly and usually follows some harrowing occasion.

From what has been said so far in this book, you may well gather that people with colitis are either extremely nervous people to begin with or that they stand in a fair way to become such during the progress of the ailment. It thus often happens that people suffering from colitis are troubled with these noisy intestinal grumblings. Being sensitive souls, they are inclined to become even more embarrassed and more nervous, which, of course, completes the vicious circle. There are some people who react to excitement in a rather peculiar way—they “blow up with gas.” In fact, emotional distress often occasions belching and other evidences of flatulence.

For people who have this symptom, the important thing to do is to realize that it is a perfectly logical symptom, that it has no serious significance, and that they would do better to shrug their shoulders and act nonchalantly than to take the matter seriously. By treating it as a joke, the element of nervousness is lessened. Certainly undue concern will do no good and may do much harm.

The best thing to do is to realize that anybody under a nervous strain or during a period of intestinal upset may experience these same “supper-sonic” comments from your food digestion canal.

Actually there is no great significance to this symptom, though when it first occurs in a person past middle age, it may have a very serious significance. Indeed the occurrence of this symptom for the first time in an elderly person is often indicative of impeded intestinal action and not infrequently the cause of this impediment is a growth or cancer of the colon.

When gas or flatus approaches tremendous proportions it is usually indicative of either intestinal fermentation or some serious breakdown in the internal nervous system. When the gas is foul it is especially likely to be produced from fermentation or putrefaction.

Those of us who specialize in the field of intestinal ailments are familiar with people who are chronic swallowers of air. These are very spectacular cases, for they have greatly distended abdomens and are a source of great alarm to their relatives and friends.

To one unfamiliar with this type of case, the diagnosis of intestinal obstruction presents itself almost immediately. Yet the patient is promptly relieved by the removal of the air from his intestinal canal. This can be done quickly and painlessly. I mention it merely as a type of ailment which can very definitely simulate a serious surgical condition and still, in itself, be relatively simple to remedy. Written By: J. F. Montague, M.D., Continue Reading: Meet the Crazy Colon