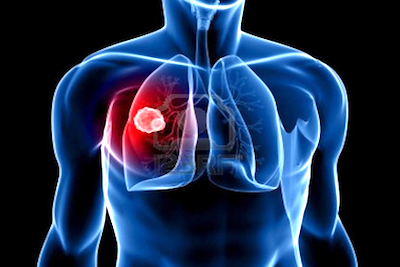 Mesothelioma cancer is an aggressive and invasive form of cancer, and it quickly spreads over the surface of the lungs, abdominal organs or heart. In the simplest terms, is a cancer of the mesothelium, the membrane that covers the organs in the body. It is a rare form of cancer; only 2,000-3,000 new mesothelioma cases are reported each year.

Most of the people who develop mesothelioma cancer have worked in an environment where they have inhaled particles of asbestos. Depending on what type of mesothelioma cancer is involved, how advanced it is, and other factors, life expectancy (or the median life-span after diagnosis) ranges from four months to two years. Recently, however, some advances have been made in treatment, particularly in multimodal treatment (using more than one treatment method to attack the disease) that have helped patients live longer. There are also continually new mesothelioma cancer treatments developed and combinations of treatments being tried that show promise.

Also remember that a median is just a mid-point; if the median length of life after diagnosis is a year, that means that half of the patients diagnosed live longer than a year. Many will live much longer: for an enlightening look at what that means, you can read “The Median is not the Message,” by Stephen Jay Gould.

Although exposure to asbestos has been greatly reduced since it became clear that it was responsible for serious illness, it can take 30 to 50 years for the disease to show up after exposure. (This isn’t universal, however; there are rare cases of children and adolescents who are diagnosed with mesothelioma cancer.) As a result of the delay in onset, the number of cases increased as the exposure to asbestos fibers decreased for most people.

The mesothelium is actually made up of two layers of tissue: one covers the organ, and the other forms a sac around the area, with a lubricating fluid between the layers to facilitate movement (like the expansions and contractions of a beating heart, or the expansion of your lungs as you breathe in and out.) The mesothelium has different names in different areas of the body. For example, the mesothelial membrane that surrounds the lungs is the pleura, so malignant pleural mesothelioma is cancer that starts in the membrane around the lungs. The mesothelium that lines the abdomen and covers most of the abdominal organs is the peritoneum, and the one around the heart is the pericardium. Most cases of malignant Mesothelioma cancer are pleural; the next most common type is peritoneal mesothelioma cancer.

From the mesothelium, cancerous cells can invade nearby organs, tissue, or lymph nodes, or metastasize elsewhere in the body.

Asbestos is a fibrous mineral that has been widely used in many industrial products since the late 1800s, and especially since World War II. Because heat and chemical exposure do not affect it, and it does not conduct electricity, it has been used in products like insulation, roofing shingles, flooring materials, cement, brake linings, and fabrics. Floating particles of asbestos – often released during manufacturing, or more recently, when asbestos-containing materials are removed from buildings – can be inhaled or swallowed; these particles can cause serious illness.

For those patients with little or no documented exposure to asbestos, there are several possibilities. First of all, it has not been determined how much asbestos exposure is required to cause Mesothelioma Cancer; it may be that very small amounts (that would perhaps never be noticed) can cause the disease.

Zeolite is another fibrous mineral that is not asbestos; it has been implicated as the probable cause of an epidemic of Mesothelioma Cancer in a small village in Turkey.

Mesothelioma Cancer has also been known to occur in conjunction with chronic inflammation and scarring caused by other respiratory illnesses. It is also likely that there is a genetic component to the development of the illness; it tends to run in families, and while all of the family members have exposure to asbestos, MC only occurs in a very small percentage of people who were exposed to it occupationally.

Radiation therapy could also be a cause; Mesothelioma Cancer has been associated with radiation treatments for other illnesses.

Other possibilities have been suggested, but not proven. They include chemical exposure and viral infection, which have caused malignant Mesothelioma Cancer in some animal studies.

Usually, the first symptom of peritoneal Mesothelioma Cancer is abdominal pain or swelling, which may look like weight gain around the waist. Because the first signs of the disease are-often flu-like symptoms, many people are either diagnosed accidentally, when a tumor is discovered in the process of diagnosing unrelated symptoms, or are not diagnosed at all until the cancer is so advanced that it causes abdominal swelling. Other symptoms are weight loss, nausea, lack of appetite, and weakness.

There are various tests used to diagnose Mesothelioma Cancer once your doctor thinks you may have it:

First, your medical history will be taken to establish when symptoms occurred, and whether there are any factors in your history or environment that would put you at greater risk for the disease. This may help determine if you have been exposed to asbestos at some point.

There will also be a thorough physical exam, in which the doctor looks for signs of malignant MC or other health problems. Pleural mesothelioma will often cause pleural effusion, or fluid in the chest cavity; fluid in the peritoneum or the pericardium (which can be caused by mesotheliomas in those areas) can also be detected by an exam.

Chest x-rays can show irregular thickening of the pleura, calcifications (or mineral deposits) in the pleura, lowering the spaces between the lobes of the lungs, or fluid in the pleura. Often, these symptoms are associated with asbestos exposure that leads to Malignant Mesothelioma Cancer.

X-rays, CT (computed tomography) scans and MRI (magnetic resonance imaging) scans can help locate the cancer and determine its size and extent. CT and MRI scans both take multiple images of the scanned area from different positions, and use computer processing to produce detailed images that are cross-sections. CT scans use x-rays, sometimes with the injection of a non-toxic dye (to highlight details); the MRI uses magnetic fields to create its images.

If your doctor sees that fluid has collected in the mesothelial tissue, it can be sampled with a needle and tested. Analysis of the fluid can provide more information about the cause of the effusion, and may show the presence of cancer cells. Using fluid to diagnose mesothelioma cancer is not as precise as using tissue samples, though, so it may be necessary to follow the sampling of fluid with a tissue biopsy.

If there is a tumor, a tissue sample can be taken using thoracoscopy or laparoscopy, where a thin tube with a camera connected to it can be inserted into the chest or abdomen to see the tumor and get a sample of it. (Fluid can also be collected this way.) The procedure requires only small incisions.

If a patient might have pleural mesothelioma, a bronchoscopy may be performed. This is where a flexible lighted tube is inserted through the mouth into the trachea and the bronchi to look for abnormal tissue and take samples.

Another procedure your doctor may recommend is a mediastinoscopy. A lighted tube is inserted under the sternum (the breastbone) into the chest from the neck. It is possible to see the lymph nodes using this procedure, and to take samples to analyze for malignancy.

Even with tissue samples, it has traditionally been difficult to see the cells well enough to distinguish mesothelioma from different types of cancer. One of the biggest problems in diagnosing mesothelioma is that it can look just like other kinds of cancer at first.

A recent breakthrough in diagnosis that will undoubtedly have an effect on the series of diagnostic tests above was reported in November 2003.² A new blood test is being developed that can detect the presence of high levels of a distinct kind of molecular marker which is peculiar to mesothelioma, SMR (or soluble mesothelin-related proteins). In one trial, 84% of the mesothelioma patients showed high levels of SMR, while less than 2% of those with other forms of lung cancer did.

Even more promising than being able to diagnose mesothelioma in a minimally invasive way is the possibility of predicting mesothelioma in people who have no symptoms. SMR levels can be higher several years before the onset of symptoms, so by doing a blood test on people who have been exposed to asbestos, it is possible to find the disease while the chances of treating it successfully are much higher.

Mesotheliomas usually fall into one of these three types:

Treatment options are the same for all types.