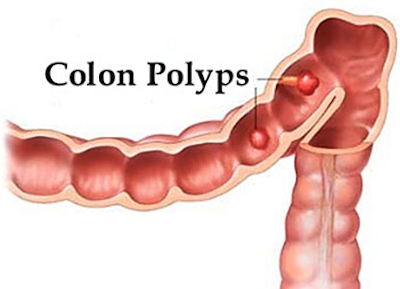 Warts in the Colon: Polyposis – Polyps

It is a matter of common knowledge that certain kinds of irritation occurring on the skin can give rise to an overgrowth of the cells. We call this overgrowth a “wart.” Very often the wart is nodular and attains considerable size.

The exact process involved is not entirely clear even to those medical men, pathologists, who have devoted their lives to the study of diseased tissues. In general, it is assumed that in some way the irritant substance brings about an overgrowth of tissues in a manner different from normal.

In much the same way what corresponds to the skin in the colon, namely the lining surface, responds to irritant substances by producing a new growth. This is a sort of internal wart, which doctors know as a polyp.

The occurrence of polyps or “internal warts,” so to speak, is by no means rare and certainly they are by no means unimportant. For one thing they tend to grow larger over a period of time and to bleed. However, the greatest danger is that they will become cancerous.

It so happens that this type of growth or polyp is most commonly found in the large intestine or colon. Usually they are single, though at times several may be present. When more than one is present we are always suspicious of possible malignancy. Strangely enough, this type seems to run in families. Statistics show that polyps occur in the colon ten times more frequently than in the small intestine.

Not infrequently the polyps may be seen by the doctor through the sigmoidoscope but usually they are only discovered through a barium enema study of the colon. In this procedure, the colon is filled with a solution of barium sulphate and then examined under the x-ray.

Not long ago in a most interesting article, Doctors Jeghers, McKusick and Katz called attention to the fact that in many of these cases little dark spots, like pigmented moles, occur in the lining at the mouth of the lips. Not infrequently they also occur in the skin of the face and fingers.

Should you notice any such pigmentations, by all means call it to the attention of your family doctor. It may be a warning signal for the condition just described. These pigmented spots seem to occur only in cases where the polyps occur in the colon and rectum. They are brown or deep blue black and more likely to be on the lower than the upper lip and are frequently more numerous on the inside of the lip than on the outside. Many times these are thought to be freckles. However, when they are grouped about the mouth, they seem to be characteristic of the condition just described.

Polyps occur not only in the colon but elsewhere in the body. Frequently they are found in the nasal passages and even in the organs of generation.

In themselves they are harmless (benign), except for the degree in which they interfere with the function of the organ itself.

When they interfere with the passage of intestinal contents through the colon and rectum, they very definitely lose their classification as harmless. As times goes on, these polyps tend to grow larger. When they are impinged upon by particles in the fecal current, they themselves suffer damage, and the surface of the polyp may become ulcerated and bleed.

Such ulceration may proceed to the point where malignancy or cancer formation occurs. Even if the harmful effects of the polyps fall short of this, they mechanically irritate the passage wall of the food digestion canal in which they are situated and bring about an excess secretion of mucus.

This excessive secretion readily gives rise to excess fluidity of the movement and hence an increased frequency of movement or at least a strong and singularly unproductive desire to evacuate. Technically this condition is known as tenesemus. It is very distressing because while not a real pain, it permits the patient no rest and apparently is incapable of satisfaction. 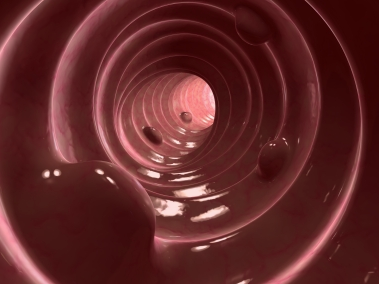 The accompanying picture gives some idea of what polyps in the colon and rectum look like. They, vary in size and in general shape depending upon how long they have existed, where they originated and their microscopic structure.

Unfortunately, in cases of generalized polyposis, the tumors multiply rapidly and enlarge. Still further, they give rise to an abundant offensive mucus discharge which causes frequent attempts at evacuations.

Very often this distressing condition leads to the taking of much purgative or cathartic medication as the patient becomes obsessed with the idea of thoroughly cleaning out the lower bowel. Irrigations and enemas are often given to accomplish the same purpose.

Needless to say, these measures are completely futile since the thing causing the desire to evacuate is not in the bowel but of the bowel. If straining is indulged in over a long period of time, the bowel may actually prolapse or turn inside out. Or else it may become involved with itself to the point where obstruction develops. While this is proceeding, the patient gets rest neither night nor day. His nutrition is greatly interfered with and he grows wan and peaked.

This picture is rather dismal, and so is the prospect of cure. If the polyps be few in number, they can be removed and the base of the polyp cauterized. If we are fortunate enough to have removed at the same time the irritating factor, no further polyps may develop. However, when polyposis is widespread—in other words, when literally hundreds of these polyps arise from the walls of the colon itself—the removal of one or two can have no real curative value.

In such cases, the flow of bowel content through the bowel may be short-circuited by an operation known as colostomy. In these cases, a temporary opening is made through the abdomen and the bowel discharges into a specially prepared pouch. At the same time, the lower part of the colon, being relieved in this way of constant irritation, has a chance to heal. This chance may be further increased by irrigations in through the colostomy wound and the lower bowel out through the rectum.

Needless to say this condition is a very serious one and both the patient and his family should realize it at once. There is no magic cure possible by a pet medicine. If ever good judgment is needed in the performance of surgery or in the administration of a treatment, this is the case. The one incentive toward speedy treatment and correction of this condition should be the knowledge that, if neglected, it not only will bring increased discomfort but may possibly result in cancer. Written By: J. F. Montague, M.D., Continue Reading:  Fables in “Stomach Aches”