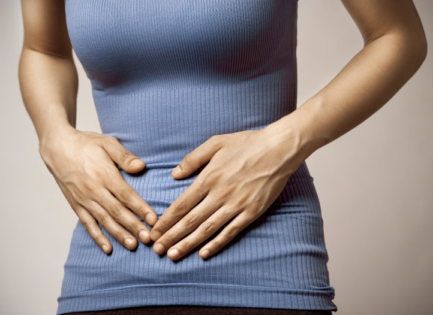 The stomach gas burp, like the poor, will always be with us. Though it has waned in popularity from the time when it was considered a subtle compliment to the chef, this phenomenon of social misbehavior is still by no means a forgotten art. Some people, or at least the burpers, seem not to be disturbed by the event, though company present may have a different reaction. There are others, however, who become deeply concerned at what they believe to be evidence of stomach gas problems or disordered intestines. Wherein lies the truth? What is the significance of “stomach gas”? Is it really nothing of importance? Or does it signify a serious disorder of the food digestion system?

Simple though it may seem to the patient who is “gassy,” the matter really is serious enough to deserve more than fleeting attention. There are many factors involved in bloating and other sensations which are taken to signify the presence of gas. Some of these factors are definitely due to things wrong with the body, while others are just as surely due to disorders of the sympathetic nervous system—reflex effects which emotional storms have upon these organs. In other words, in these cases it’s a matter of mind!

The scientific explanation of belching states that it is the result of a reversal in the normal wave of contraction which occurs in the throat and the gullet. This “backing up” is usually caused by over-eating. In fact, it is a gentle hint from an over-distended stomach to call off the banquet. It is a sort of standing-room-only sign and should be considered fair warning from the stomach that it is not going to stand for very much more.

When this burping or belching occurs repeatedly, it is usually due to the swallowing of air, very often from hastily eaten food or hastily swallowed fluids. Not infrequently, belching gets to be a habit, a nervous habit, similar in its psychological background to nail chewing in children. Occasionally, people troubled with gall bladder disorders acquire this symptom of belching.

Though belching in itself is not serious, there are times when it is indicative, if pronounced, of coronary disease of the heart or an unstable nervous system. Only a qualified doctor can determine whether the symptom is harmless or serious.

Actually there are many people who give lengthy descriptions of what they believe to be symptoms of gas and distention, yet often these very cases show but little air in the intestines during x-ray examination. In this type of case, we know that the discomfort, chiefly a sense of bloating, is caused by a spasm somewhere along the food digestion canal. Very often there are areas in the skin of the abdomen, so tender that a tight girdle or belt cannot be worn.

Such a condition is certainly not one to be dismissed lightly. Should it occur more than occasionally, it would be well to seek out your health counselor, the family doctor, for a general physical examination. Certainly this is much to be preferred to the amateur efforts at relief such as “taking bicarb.”

The symptom of bloating can, not infrequently, be produced in some people by the mere drinking of a glass of water or by putting any cold fluid into the empty stomach. Somehow a reflex disturbance occurs which dilates the stomach and either draws the air in through the throat or else takes gases directly from the blood stream.

Bloating, of course, occurs in many people, particularly nervous people, without even drinking cold water. Strangely enough, this type of “gas” bloating is frequently found in nervous women suffering from frustrations in matters of love.

Then, too, in many cases of ulcer of the duodenum, pain is not a prominent symptom but a feeling of distention in the upper part of the abdomen is. However, this same symptom can be caused by plain, ordinary constipation.

GAS ON THE STOMACH!

“Gas on the stomach” is a common complaint. Nearly everyone at some time or other has experienced the symptoms—the sensation of feeling bloated, the feeling of difficulty in breathing and, very frequently, a fluttering of the heart. These are the prominent features of that digestive dilemma which is commonly known under the title of “gas on the stomach.”

There is no doubt about it, an abnormal accumulation of gas in the stomach can give rise to all of these symptoms. The important thing is to know exactly what is causing the trouble, since there are many different conditions which can bring it about. Nowadays there is altogether too much tendency toward taking some “wind pill” and dismissing the matter from the mind with a few lusty belches.

The condition can be caused by many other things than the mere food put into the stomach. In fact, the food itself can be entirely beyond reproach, but if it is served ice cold or scalding hot, the difference in temperature between the food so served and the wall of the stomach will promptly bring about a nervous reaction which induces a reflex dilation of the stomach. This added space is promptly filled with air and then constitutes “gas on the stomach.”

Actually the formation of gas from food that has been taken in is a relatively rare condition and occurs only in cases of severe stomach problems. In these the expulsion of food is delayed for a great length of time and in the absence of proper juices, fermentation of the food eaten takes place.

An elderly man, under the care of Dr. Anthony A. Martin of London, had been suffering for some time from severe dyspepsia. A marked feature of his case was fermentative decomposition of the contents of the stomach, with frequent eructations of foul gas. “These,” he said, “tasted like rotten gas.” One day, two hours after a light breakfast, he was obliged to eructate just as he was lighting his pipe. Instantly there were a blinding flash and a slight report, due to ignition of the gases released from the stomach. The patient’s beard and eyebrows were thoroughly singed, but happily no further damage was done.

Such occurrences are rare, but similar ones are observed from time to time by almost every specialist in stomach and intestinal ailments.

Indeed, in these cases the “gas” is more likely to be located in the colon and throughout the intestines. However, the average person does not stoop to any such fine distinction. Anything north of his belt must be in the stomach.

One can see from the foregoing how the common term, therefore, leads to an error in thinking, and errors in thinking sooner or later mean trouble. To spare ourselves this kind of avoidable trouble, it might be well to get some definite information about the colon in health and in illness so that we can be correct in our feeding and skillful in the care of certain of these intestinal troubles. The chapters to follow are devoted to this task.

Nearly everyone has some peculiarity with regard to his reaction to food. For instance, it is commonly observed that flatulence or “gas” in some people frequently follows the eating of certain foods. Many people think that this state of affairs is due to indigestion. However, milk and eggs are among the most digestible of all food substances and yet they are the cause of flatulence more often than any other foods.

It is certain indeed that some individuals suffer cramps in the abdomen and distention with gas after eating foods which are considered wholesome and undisturbing to other people.

The prevailing scientific explanation of this is that it is due to what the profession knows as allergy. This term, in my opinion, tells nothing and means nothing. It is merely a diagnostic waste-basket, and the old adage “one man’s food is another man’s poison” is just as adequate an explanation. Perhaps this is just another way of saying that chemically we are not all alike and hence we do not react alike to the chemicals presented in our food.

While on the subject of food and its ability to induce flatulence, it might be well to note that a rough diet can cause much wind particularly in persons with a sensitive bowel that cannot handle much roughage.

In my own experience, however, it is the over activity of the intestinal tract due to nervous reasons that is far more often productive of the flatulence. This over activity hurries the food on through the food digestion canal so rapidly that the process of digestion cannot be completed. By the time the food mass reaches the colon, no further digestion is possible and the carbohydrates (starches and sugars) ferment while protein substances (meat and vegetable proteins) putrefy.

This is what happens in the instance of dried beans. In the case of cooked cabbage, the coarse fibre irritates the lining of the bowel and this causes the food digestion canal to hurry on its contents regardless of how incompletely they have been digested. Written By: J. F. Montague, M.D., Continue Reading: Nothing + Nothing = Something