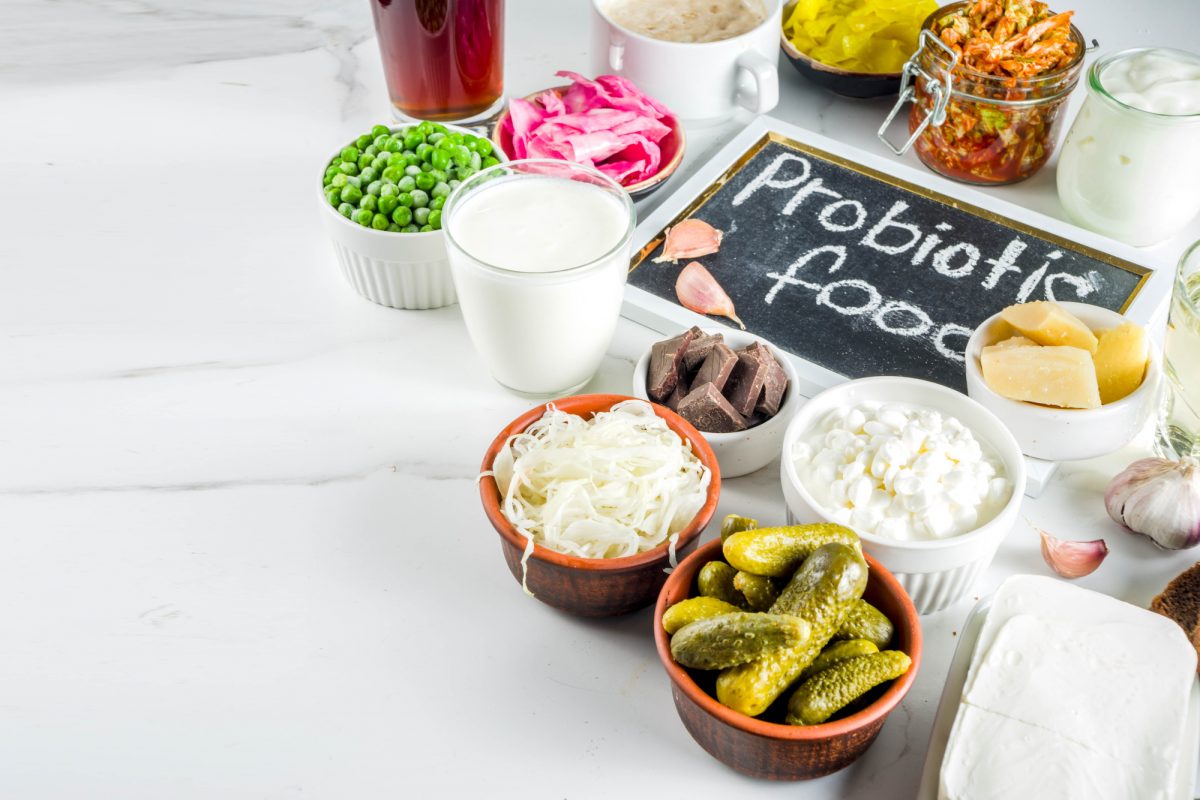 Close to 800,000 people suffer from Crohn’s Disease in the United States. Each year the number of people diagnosed is increasing.

Though there’s no cure for Crohn’s, there are ways to make it manageable and to tame flare-ups. Many treatment options exist, but one popular alternative is probiotics.

What are probiotics and how do they influence people with Crohn’s Disease? Are they really as helpful as some people believe?

Let’s explore how probiotics for Crohn’s Disease could provide some relief for people with this painful condition.

What Is Crohn’s Disease?

Crohn’s Disease is an inflammation of the intestinal and digestive tract. It’s an autoimmune disease, meaning it affects your immune system as well.

In 1932 Dr. Burrill B. Crohn first characterized Crohn’s Disease. Crohn’s falls under the umbrella of a number of other illnesses known as irritable bowel syndrome or IBS. While some parts of Crohn’s overlap with IBS, Crohn’s affects different parts of the digestive tract, mainly the beginning of the colon and end of the small intestine.

In a normal intestine, the healthy bacteria in the intestines are responsible for breaking down food and keeping the body balanced. In Crohn’s disease, the immune system falsely recognizes healthy bacteria as harmful and attacks them, causing pain and inflammation in the bowel that does not cease.

Who Gets Crohn’s Disease?

Both adults, men, women, and children can experience Crohn’s Disease, though the exact cause is somewhat vague. Research suggests that it could be genetic or due to other environmental factors.

Diet does not seem to cause Crohn’s Disease but could be a helpful factor in the management of it. On the contrary, eating the wrong foods, could worsen Crohn’s Disease and ignite painful flare-ups.

Crohn’s disease can manifest itself in these symptoms, though they different between individuals:

Not everyone will have all these symptoms together.

When we think of bacteria, we often think of germs lurking on surfaces like sinks or toilets. But in reality, there are different kinds of bacteria and some of them are beneficial.

There are millions if not billions of strains living in your intestines and each person has a count and strains unique to them. Their job is to keep everything balanced and healthy, by sifting out harmful chemicals, toxins, and other elements that might be damaging to the intestines.

Our immune system can also benefit from probiotics. When our guts are balanced, our immune system functions better, keeping us from certain ailments like allergies and infections or other conditions such as rheumatoid arthritis.

We can consume probiotics through different foods that are fermented, such as yogurt, Kiefer, and saurkraut. Poor food choices, like foods high in sugar, can wipe out or decrease certain strains of probiotics.

If you need an extra boost of probiotics, taking a supplement could be the answer.

Why Probiotics for Crohn’s Disease Is a Good Idea

Since probiotics benefit the immune system, taking probiotics could be a favorable way to manage Crohn’s Disease.

Over our lives, our gut bacteria fluctuates due to outside factors such as taking antibiotics (which cannot tell the difference between good bacteria and bad) or eating the wrong types of foods.

In addition, people with Crohn’s Disease the lining of their gut is inflamed, causing the immune system to overreact. By supplying the intestines with an abundance of probiotics, this could offset some symptoms or flare-ups without the need for antibiotics or medications. Although, some people could benefit from both probiotics and medications prescribed by their doctor.

While eating the right fermented foods could steer you in the right direction, the number of probiotics couldn’t be significant enough to make a difference. Taking a probiotic with several million or billion of strains of bacteria would be a better choice.

What to Look for in a Probiotic

Because everyone’s intestinal tract is different, looking for the best probiotic for you may take some time. However, you want to keep an eye out for bacteria that target the immune system and the gastrointestinal (GI) tract for Crohn’s Disease.

There are various types of bacteria and each job is as diverse as they are. The bacteria are divided into classes and strains.

Lactobacillus: One of the most recognized probiotics. Several strains in this class combat diarrhea, GI, and inflammation such as L. Acidophilus, L. Plantarum, and L. Casei.

Bifidobacterium: Strains in this class that assist with immune function and GI support are B. Lactis, B. Bifidum, and B. Longum to help with constipation.

You can take the single probiotic by itself, but some produce better results when taken together.

Even though the introduction of more probiotics into the body seems like a natural move, there are still risks associated. However, for most people, side-effects are nonexistent. Ironically, for those suffering from Crohn’s Disease, some of the side-effects of probiotics are similar to symptoms of Crohn’s.

Some side-effects may include:

For those with allergies to certain foods like soy, egg, or wheat, it’s important to read the labels carefully to determine if any of those ingredients are included along with the probiotics.

How Do I Get Probiotics?

Probiotics are everywhere! You can find them in grocery stores, online sites, vitamin stores, and the like. Do some research on the strain you need or ask your doctor if they have any recommendations.

Always speak with your doctor before taking any supplements, including probiotics.

While you’re considering probiotics for Crohn’s Disease remember that everyone’s body is different. Probiotics is a promising field with plenty of research still to uncover, though it’s headed in a positive direction. Those with Crohn’s Disease could see relief through a simple supplement.

Looking for more information on Crohn’s Disease and probiotics? Our passion and dedication are helping those with Crohn’s Disease maintain a healthy body. Contact us today to learn more.