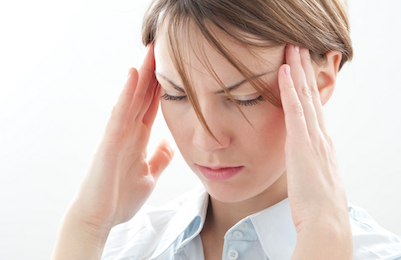 HEADACHES ASSOCIATED with hay fever, perennial allergic rhinitis and many of the eye allergies are common. These headaches are usually secondary to the primary allergic condition, and are cured when the primary allergy is corrected.

There are certain headaches which are due to hypersensitivity. One type with which most people are familiar is the migraine headache, which leaves the victim exhausted, tense and fearful of its recurrence. Approximately 11 per cent of the typical migraine headaches are due to allergy. Allergic headaches have been “cured” by the avoidance of a single food allergen when it has been discovered as the cause.

It is extremely important to understand that a person with, headaches should be thoroughly evaluated from the standpoint of physical defects, such as defective vision, high blood pressure, kidney disease, anemia, emotional states and the presences of surgical conditions in the ears, eyes, nose and throat. Laboratory and X-ray studies, including angiograms of the blood vessels of the skull and brain for possible tumor or disease, should be done. With completely normal findings from this type of investigation, we can then certainly complete the study by a thorough allergic study, subsequent management and care. (This will be elaborated in Part III of this book.) It is quite clear that certain headaches have both allergic and physical factors. Under such circumstances, it is necessary to correct both conditions. There are headaches which so closely resemble the migraine or allergic headaches that only the most subtle and skillful evaluation can arrive at a correct diagnosis. The clue may have been present only for a very short time early in the patient’s life. A marked sensitivity to one food, such as egg, which caused vomiting may be the key which will open a recalcitrant lock.

Although foods are usually the allergens causing allergic headache, it is necessary to remove all inhalant and other allergens as well to lighten the total burden which might trigger the headache. Removal of the foods or building the patient’s resistance by injections against the offenders, rigid adherence to diet and environmental control of inhalant factors, along with adequate rest, good bowel habits and correction of all other physical defects, are all of extreme importance. The two cases which follow very dramatically illustrate the benefits of careful allergic study and treatment.

This is the tale of a headache severe as an Arctic blizzard and regular as the sunrise. The headache belonged to a dignified spinster in her late forties.

For several years, she had visited physicians of all kinds, hoping that she would learn the cause of her headaches and whether or not she could ever expect to be rid of them. After exhausting her list of general practitioners, she started down the list of specialists, and, although she did not expect that she would need a brain operation, the woman, Ellen B., headed her list with a brain specialist.

There were many questions and quite a thorough examination of the brain, but this specialist concluded that the headache was probably migraine, inherited from her mother.

Not having remembered her mother, Miss B. had no reason to doubt this diagnosis, but, since the physician offered no constructive advice, she also had little reason to believe that her trouble was migraine. Accordingly, she went to see an eye, ear, nose and throat man.

A thorough examination of these organs convinced her that the difficulty was not here.

Next came the dentist, who agreed that a localized reaction such as her headache might very likely originate in the teeth. Searching for a focus of infection, he found, to his surprise, that Ellen B. possessed a perfect set of teeth. Infection? There wasn’t even a slight cavity.

Miss B. decided to reason the thing out further. A headache, she figured, must have something to do with nerves. Searching everywhere, she finally located a neurologist with a fine reputation.

There were, of course, a lot of new questions along with a repetition of the old ones. The neurologist concluded that there must be an inflamed nerve in that particular part of her head that ached.

Since it was impossible to remove the nerve, the next best thing to do was to strengthen the entire nervous system. The task fell to vitamin B-l and Ellen B. gave the vitamins a fair chance. After several months, she was convinced that there was no improvement.

She was X-rayed, fluoroscoped and examined in every way possible, but the doctors simply threw in the sponge, while the patient continued to suffer through her excruciating headaches. It began to appear as though the migraine theory was right. Just about the time Miss B. had decided that her headache was there to stay, someone suggested the name of a physician who had been known to trace the source of headaches through skin tests.

Feeling that she had nothing to lose, Miss B. visited this new type of specialist, who sat patiently and listened to each little detail with great interest, requesting elaboration of each apparently insignificant point.

“You say your headache appears regularly every Tuesday morning?” asked the doctor.
Ellen B. assured him of this.

“And how does it affect you?” he asked.

“I only know that the pain is unbearable,” replied Miss B. “When I feel the headache coming on, there is nothing I can do but to take a sleeping potion and go to bed.”

“Does this help to eliminate the ache?”

“I don’t believe it does. It merely makes me less conscious of it.”

“How long do the headaches last?” asked the doctor.

“They have lasted as long as three days, but they generally start to wear off by the end of the second day.”

The physician began to administer the skin tests but found that group after group registered negatively. If there were only one tiny reaction, he thought, there would be something to work on.

The doctor’s patience was rewarded. On the seventieth test, there showed a strong reaction to garlic. The doctor looked at his patient. She was a dignified sort of person whom one just didn’t associate with garlic. Perhaps the reaction wasn’t related. But then, perhaps it was. Miss B. was paying good money to find out, and there was nothing to do but follow up the clue.

“Miss B.,” he began, as tactfully as possible, “do you care for spicy food?”

“Not especially,” was the reply. “Oh—with one exception,” she added, grinning sheepishly. “Just between us, I’m very fond of garlic.”

“And do you cook with it often?” asked the physician.

“Not often. You see, I meet many friends and people socially, and must not eat garlic-flavored foods for this reason. But, one evening a week, I treat myself. Monday evening, I always prepare a thick, juicy steak with garlic rubbed over it,” she explained.

The doctor smiled. “You are evidently not aware of the fact that you have practically diagnosed your own case,” he said.

“You mean that my headaches are caused by plain, simple garlic?” she asked.

“We have merely to confirm it,” stated the doctor. “I want you to deviate from your regular routine. Although this is not Monday, I should like you to buy that thick, juicy steak, rub it with garlic and prepare it for this evening’s dinner. Then I want you to phone me immediately if you have a recurrence of your headache tomorrow morning.”

Miss B. followed her instructions, and the next morning the physician received the call he had hoped for. The headache had returned.

A reverse procedure was followed in which garlic was strictly eliminated from the patient’s diet for a period of two months. During that time, she hadn’t been troubled with a single headache. Then came one more dose of garlic for further verification, and, when the headache reappeared, the case was closed.

Miss B. has completely and conscientiously eliminated this spice from her diet, and she has spent two years without the discomfort of her former ailment.

In order that you may not come to the logical, but erroneous, conclusion that all these so-called unusual ailments are simple afflictions that are easily and painlessly diagnosed, the following case is related.*

A young woman, as in the previous case, was troubled with severe headaches. She, too, had made the rounds of the specialists, but without results.

Having eventually arrived at the physician’s office for skin tests, she admitted that there wasn’t anything she would refuse to do, if she could just rid herself of the perennial headache.

The young lady, whom we’ll call Mary D., meant precisely what she said, for her headache endured ceaselessly for nearly one year. To a great extent, it had colored her behavior. Mary’s particular weakness was a serious one—wheat. We say serious because it is difficult to build an attractive diet on foods that do not contain wheat.

Through various medical examinations, it was proved that her headaches were caused by pressure within the skull due to swollen brain membranes. The doctor conferred with several brain specialists who unanimously confirmed this diagnosis.

There was only one way to prove it, and Mary D. was consulted. The physicians wanted permission to cut away a small portion of her skull so as to expose the brain to view. They would then give her concentrated injections of wheat to observe the reaction of the brain at the point of opening.

Miss B. agreed to the operation, and the skull was opened precisely at the region where the headaches occurred.

“Incredible!” exclaimed the doctors simultaneously when they noted the reaction of the wheat injections. The membranes of the brain had swollen to the point of protruding through the opening in the skull. Then, when the effects wore off, the membranes shrank back to their normal position.

The experiment was carried on for several days in order to verify the results, and each time the wheat caused the same reaction.

The next question was what to do about it. We could not build a reception room on the side of her head to accommodate the expanding portion of her brain, but, as long as the girl stayed away from wheat in any of its forms, she was not troubled. She had a rigid list of food restrictions, and, as soon as she was well enough, immunization against wheat was begun. Written By: Jack A. Rudolph, M.D. & Burton M. Rudolph. M.D., Continue Reading: Insects and Allergy

*”This case is from the files of Alfred M. Goltman, M.D., of Memphis, Tennessee   (now deceased).