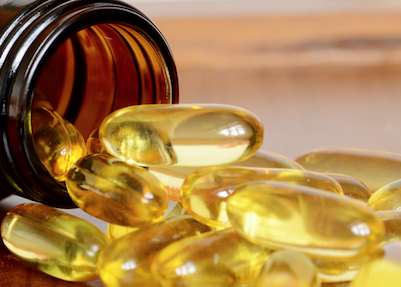 The benefits of Vitamin E as an antioxidant are the protection of the body from free radicals and the preservation of the body’s vitamin A and C. Free radicals are molecules or atoms that attack a cell’s membrane, proteins and DNA resulting in health problems such as cancer and heart disease. Vitamin E is believed to bind free radicals before they can do any damage to the cell.

Protection against Alzheimer’s disease and improved brain function are also considered to be benefits of Vitamin E. There has been a wide range of studies that suggest Vitamin E increases levels of catecholamines, which protect the neurons in the brain from damage that can lead to Alzheimer’s disease.

Protection against cancer and heart disease are also considered to be benefits of Vitamin E. Some studies have suggested that a higher intake of Vitamin E reduces rates of prostate cancer, breast cancer and bladder cancer. This benefit is related to the antioxidant effect Vitamin E has on free radicals, which are a part of cancer. Other studies suggest that there is a link between Vitamin E and lower risks of heart disease. Conclusions are still forthcoming, as more studies must be done.

Other benefits of Vitamin E are protection from cataracts and macular degeneration. This connection has been suggested by several studies using Vitamin E along with Vitamin C and Zinc. In one case, results showed that 60% of the people taking the supplement containing Vitamin E had a lower occurrence of cataracts. Many consider those to be pretty impressive results.

Despite the many supposed benefits of Vitamin E, it is not considered a good idea to take high dosages of this vitamin. In fact, there are studies done by Johns Hopkins University that suggest that people who take a daily dose of 400 IU or more of Vitamin E, actually increase their risk of death, rather than lower it. A trial called the Heart Outcomes Prevention Evaluation followed 95,000 patients, who were at risk for heart attack or stroke, for 4.5 years and concluded that a daily dose of 400 IU of Vitamin E did not significantly decrease the chance of a heart attack or stroke. Many doctors recommend eating a diet that includes foods high in Vitamin E over taking Vitamin E supplements.