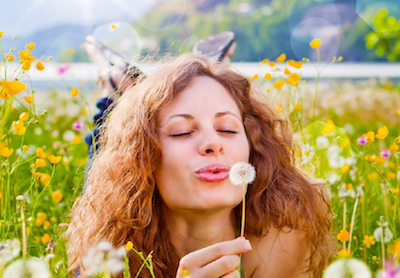 THE STORY of the allergies probably began in antiquity, but the first history of allergy record of an apparent allergy was noted in the year 3000 B.C., when the Emperor of China, Shen Nung, ordered pregnant women to refrain from eating fish, chicken and horsemeat. Ulceration of the skin was thought to be due to eating these foods. Hieroglyphics on Egyptian tablets record the death of King Menes in 2641 B.C. from the sting of a hornet. The well-known adage, “one man’s meat is another man’s poison,” was stated by Lucretius in the first century B.C. Migraine was described by Aretaeus in 110 A.D. and by Galen in 139-200 A.D. The latter described certain individuals who always sneezed in the presence of certain plants and flowers.

The Biblical History of Allergy

There is much in the biblical literature of the Old Testament which suggests dietary restrictions were observed in many cases because of the allergies they produced in the digestive system. Hippocrates, in his writings, discussed “asthma,” and also stated that “it is a bad thing to give milk to persons having headache.”

Many years elapsed before the effects of plants, flowers, trees, grasses, weeds and foods were noted as causing sneezing attacks and asthmatic paroxysms. In the seventeenth and eighteenth centuries, it was observed that cold could cause attacks of asthma, hives and fainting.

Early in the nineteenth century, Dr. John Bostock, a London physician, described his symptoms, which were those typical of hay lever. Later, Dr. Blackley identified the cause as due to grass pollen, and did so by means of a skin test.

Early in the twentieth century, much investigation was being carried out in the laboratories in the United States, France and Germany bearing on the allergic reaction. It was found independently by most of these researchers that, when an animal is given a first injection of a foreign substance, nothing would happen; yet, giving this substance a second time, after a lapse of a few days, could produce a fatal result. The term for this serious reaction was called anaphylaxis, meaning without protection, in contrast to the term prophylaxis, meaning with protection.

Clemens Von Pirquet and Bela Schick, in 1906, made further observations of the same nature and chose the term allergy rather than anaphylaxis, the word allergy meaning altered reactivity, a changed state of the animal organism regardless of the cause.
Progress in the allergies was rapid after this basic understanding, and soon patients were not only being skin-tested with many substances, but were also treated successfully for their allergies.

Food allergies and skin allergies were now recognized and studied and treated after successful discovery of the causes. It has now been accepted as factual that allergy may be a potential cause of any medical condition. Although much is now known about the symptoms of the allergies and what causes them, there remains a great deal to be learned about the allergic reaction within the cells of the body, and about the action of many chemical substances which are known to participate in the reaction. Some of these are histamine, serotonin, acetylcholine, heparin and slow-reacting substances, just to name a few. Our good results in the future may depend on special drugs which will neutralize, destroy or prevent the formation of these chemicals in the body. Written By: Jack A. Rudolph, M.D. & Burton M. Rudolph. M.D., Continue Reading, How One Develops Allergy