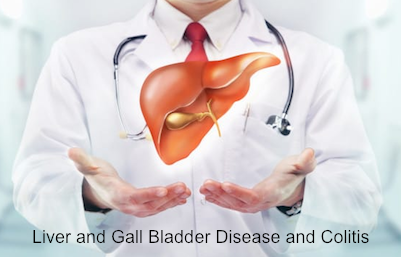 If you will recall in one of the first lessons in how to control a crazy colon I pointed out that the food digestion canal was a hollow tube that passed through our anatomy in a peculiarly intimate manner. In this tube or canal, food was passed on by the act of swallowing and into the same food was passed, by means of the various digestive glands, the materials known as enzymes which had for their function the digestion of the food coming down from above.

Now the greatest of these glands, in fact the greatest in the body, is the liver. It manufactures a substance known as bile, without which the digestion of fat would not be possible. Now if for any reason the liver becomes disordered and ceases to deliver the right quantity or quality of bile, fatty digestion does not proceed efficiently.

In this case the undigested fats contained in our food either pass through undigested, thus representing a total loss, or get broken down into acids which are irritating to the intestine. The effects of any such disorder or deviation in the quality of the bile are strongly felt in the colon, since at that point huge quantities of moisture, in other words, water, is removed from the food mass, and the remaining substances become more and more concentrated.

It is for this reason that any abnormal fatty acids become particularly irritating to the lining of the colon. Any such irritation is, of course, promptly resolved into the condition of colitis, usually with considerable spasm. Of course a condition can exist wherein the liver is functioning normally and yet the bile is contaminated by substances and concretions formed in the gall bladder usually as a result of infection or inflammation. In such an event the effects, of course, are the same kind though perhaps not to the same degree as when bile itself is missing.

This then is the basis of a relationship between liver and gall bladder diseases and colitis. It is accomplished through the chemical effect of a decrease or imperfection of the bile.

Yet, conversely, colitis can induce disturbances in liver function. Any such situation, however, is accomplished through the mechanism of reflex nerves. When the colon is irritated it not only goes into spasm but reflexly it throws into spasm many other of the muscular fibres of the food digestion canal, some of them far removed from the colon. One is the sphincter of Oddi which controls the flow of bile into the duodenum or small intestine. If, therefor, the bile is shut off by the closure of this sphincter, the digestive juices are just as much disturbed as if the liver had not secreted the bile at all.

What has been said with regard to the reflex effect of a disturbed colon upon liver function is equally true with regard to that other highly important organ associated with the food digestion canal, namely the pancreas. In that one small organ, scarcely the size of a lady’s purse, are situated certain cells which pour into the intestinal tract little known and vaguely understood substances known as enzymes.

These digestive enzymes have the power to chemically break down certain substances in the food. One for instance attacks starch and in an incredibly short time converts it into a substance fit for ready absorption, namely sugar. Another breaks down complex meat protein molecules into simple little protein molecules called amino acids which are then in a condition to be readily absorbed and used as the building blocks in body growth and repair. Still another enzyme known as steapsin is poured forth to accomplish the digestion of fats.

Without the enzymes, the nutrition of the body would be in a sorry state. Few people realize that actually most of the digestion of food occurs, not in the stomach as you have been led to believe, but actually in the small intestine and largely through the action of this gland, the pancreas, the function of which I have described. It functions in this manner unless disturbed directly by irritant substances, or indirectly by a shower of irritating nerve impulses. A possible source of just such a disorganizing shower of nerve impulses is to be found in an irritated colon. While it may be true that the entire function of the gland is not suspended as a result, it is equally true that it cannot function efficiently when constantly harassed by such reflex disturbances.

One is led to wonder also whether the long-continued reflex disturbance of this gland by a chronic colitis may not also contribute to a disturbance of other cells in the pancreas which have for their function the secretion of a hormone substance, known as insulin, directly into the blood. Certain it is that a person subject to much emotional stress and strain not infrequently does develop diabetes. This disease is due to a lack of adequate secretion of insulin by the pancreas.

Needless to say, the investigation of any case of colitis should take into consideration the possibility of a disturbance of liver function. Still further, the knowledge of these facts will make one understand more easily why it is so important to promptly control a colitis, and so avert the dangers of reflex disturbance to other digestive organs, particularly to the supremely important digestive gland, the liver, and its associated gall bladder. Written By: J. F. Montague, M.D., Continue Reading: Stomach Ulcer and Colitis