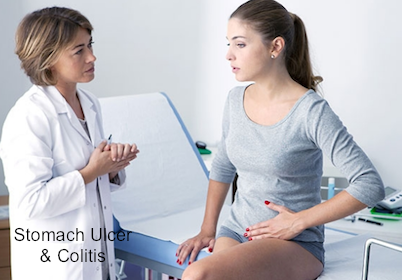 More than one person suffering from colitis has in the course of their quest for successful treatment gone from one doctor to another. In this process, they have learned the truth of the old adage that doctors are prone to disagree. Of course, for that matter so are lawyers, authors and card players. However, it always seems incomprehensible to a patient when he goes to a new doctor and finds out that Doctor A has been treating him for ulcer, when Doctor B says he actually has colitis—or vice versa. It may be that he has both conditions.

In fact, not infrequently this is precisely the case and for exactly the same reasons. The emotional tempest that wrecks the nerve control of his colon can just as certainly disturb the nerve control of the stomach or duodenum. For what we know of stomach ulcer formation, the manner of creation of the two conditions is closely similar and may indeed be identical.

It simply happened that the one doctor emphasized the colon phase (which, of course, may have been more prominent at that time). The other doctor chose to magnify the ulcer phase, which may have been the more important at the time the patient was under his care.

The thing for you to remember, as a colitis patient, is that any attempt on your part to find fault or indulge in ceaseless bickering as to who knew what, will only aggravate your condition. Let results be your yardstick of judgment and let your observation extend over a reasonable length of time—certainly a month. 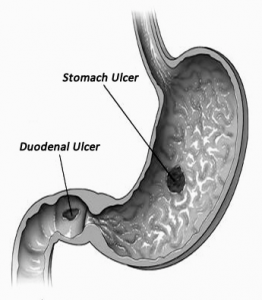 Any thorough examination should reveal to your doctor not only the ulcer condition, if present, but also a condition of colitis, if present. He will then treat both conditions since each has a definite influence on the other and both have their effect on you—the patient. Your doctor, wise in the ways of the world, knows that the whole always equals the sum of its parts.

The foregoing should emphasize in your mind the real importance of getting a thorough physical examination, not just a partial examination directed toward the one thing you complained of mostly at the time you came to your doctor.

It may take a little more time. It may even add a little to the expense. However, you may take my word for it that money and time spent in arriving at a precise diagnosis is far better spent than that blindly invested in a line of treatment which may have to be abandoned later on.

I realize it is hard to keep from becoming self-centered, even hypochondriacal, with a long continued ailment such as colitis and/or ulcers. However, if you are going to be a hypochondriac, learn how to be an intelligent one. Be fair to yourself in judging results, be fair to your doctor in judging his methods.

Better to realize that you are handicapped by the colitis and that it is more necessary for you to observe the rules of diet, hygiene and general deportment than the average. If you cheat on the diet, if you sneak a cigarette, if you expose yourself to emotional frenzies when you can avoid them, you are somewhat less than sensible. Still further, you are shirking your duty in the care and feeding of the crazy colon! Written By: J. F. Montague, M.D., Continue Reading: Heart Disease and Colitis