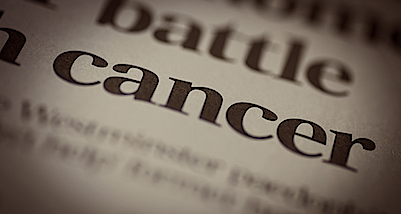 It was mid-winter when I left my home in the Transvaal to bring the message of the discovery of a remedy for cancer to the United States of America.

Nothing could have been more dreary than the dusty little platform of our provincial town. Something clutched my heart when I looked on the faces of the children who had helped to get mother ready for her strange expedition. When would I see them again? Matters were not improved by the fact that my husband’s face was missing. He was away from home on affairs connected with our Church.

It was the 4th of July—the American Day of Independence.  This was a mere co-incidence. The date had not been prearranged because of its significance but because it fitted in with the lectures I had to deliver in Bloemfontein and Cape Town before sailing for England by the “Windsor Castle.”

It was a good omen, I told the children. America was a free country politically, and an independent, powerful, progressive, rich and enlightened nation. But it was not free from disease. I had no doubt whatsoever that this free nation would accept my message, and, accepting it, be blessed with a new emancipation—a wonderful deliverance from disease and premature death. I tried to conjure up visions of the blessed and beautiful state of the world when, through America, a perishing humanity had been saved from suffering and the poverty which so often follows in the wake of disease.

In Cape Town, after one of my lectures, an astrologer who happened to be present, volunteered the information that planetary influences were against my enterprise. I was earnestly advised to cancel my voyage and to return to the Transvaal.

This was discouraging! To hide my deep depression I smiled and said:

“I shall overcome all planetary and other evil influences, by the grace of  God!”

The brooding majesty of Table Mountain enveloped me in a parting benediction.

Disappointment followed in my wake. Every plan was frustrated; my funds ran low and I was so much delayed in England and Europe that it was the end of November before I arrived in New York.

Perhaps some day the story may be written of how in the end, by the grace of God, every obstacle was overcome.

The first three months in America were difficult indeed. I found to my great disappointment that the Medical Practice Act of the State of New York was tyrannical in the extreme. Much time was lost in constructing a plan by which I could demonstrate the efficacy of the Grape Cure.

As a law-abiding citizen of South Africa, I had no desire to come into conflict with the law of a strange land. There was nothing to do, therefore, but to secure the co-operation of registered medical men and carry out my healing campaign under their protection.

But would it be possible to find medical men who would be willing to supervise test cases under an unknown system of healing?

The time spent in searching for them was not lost. I visited many people and institutions, presented by letters of introduction, delivered private lectures and worked up many valuable connections. My main activity, however, was writing. The little portable “Corona” typewriter that has accompanied me everywhere since 1916 was nearly worn out with the letters I wrote to the editors of leading newspapers and magazines, the heads of healing movements, the pastors of churches and, last but not least, the most prominent medical men connected with the campaign against cancer.

But these efforts met with no success. The months went by and I did not even get an acknowledgement of the receipt of any of my communications.

Two years before when I was lecturing in Cape Town, I met a fine American woman who was interested in healing and  who  still  had time, on her trip around the world, to help me with my work. We became close friends. Her home in Long Island received me after I landed in New York.

“It is God, who builds the nest of the blind bird.”

I still have the latchkey of that home. The refuge is always ready.

Those who have drunk deeply of the cup of homesickness, will understand. But this was no ordinary homesickness. It was not merely a longing for home and loved ones, or a yearning for the “slumbering, sunlit vastness” of South Africa. It was a state of mental and spiritual anguish charged with the unfathomable suffering of all the ages. It was my utter helplessness.

To hold the key to the solution of most of the problems of life and to have it rejected, untried, as worthless—that is to pass through the dark night of the soul. To have the mockery of worldly splendors thrust upon one as a substitute for an ideal; that is the temptation in the wilderness. To offer the gift of deliverance from pain, freely, without money and without price and to see it spurned—that is crucifixion—Calvary.

THE TURNING OF THE TIDE

Among others, I had a letter of introduction to the Father of Naturopathy in America, Dr. Benedict Lust, and when I placed my difficulties before him he advised me to approach Mr. Bernarr Macfadden, editor of the “Evening Graphic” and the famous magazine “Physical Culture.”

Mr. Macfadden received me very kindly. In spite of the fact that I was still withholding the secret of the Grape Cure (until it could be brought forward in such a way that it could never be disputed), he listened attentively to my story and finally invited me to write an account of the discovery for the “Evening Graphic.”

What seemed to impress him most was the fact that I was prepared to undergo an exploratory operation to prove my claim, for I have always maintained that the scars of the malignant growth were still present in my body.

This proof of my sincerity touched him and he made a special feature of my case in a full-page article in the “Evening Graphic” of January 21st, 1928. Written By Johanna Brandt, Continue Reading: Chapter 2 – My Story of the Discovery