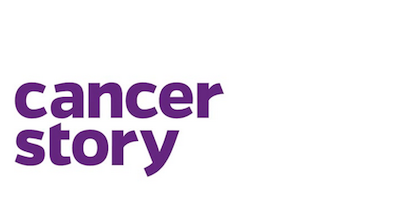 MY STORY OF THE DISCOVERY – Cancer Discovery

In the Magazine Section of the New York “Evening Graphic” on January 21st, 1928, my article was published as follows:
By Johanna Brandt

I was born in the heart of South Africa in 1876. Over fifty years ago my forefathers were heavy meat eaters and practically lived on game, as did most South Africans in those days. I do not know whether this has anything to do with the fact that cancer is the greatest scourge of our country, but I think so.

There was a lot of cancer in my father’s family and my mother died of cancer in 1916.   The doctors tell us that the disease is not hereditary. This may be true, but the predisposing causes of cancer in my mother’s body may have been present in my own.

It is not unreasonable to assume this. Be that as it may, as long as I can remember I suffered from gastric trouble, bilious attacks and stomach ulcers.

It is cruel, when one is of a highly romantic temperament, to have to turn one’s internal organs inside out for public inspection.

Why could it not have been something less prosaic? Heart disease, lung trouble or a delicate throat? But stomach! A reeking fermenting stomach, and a blatantly conspicuous one at that!

After the anguishing spectacle of my mother’s martyrdom, I had one shock after another. National, family and other troubles. Life became a ghastly nightmare and through it all I was conscious of a gnawing pain at the left side of my stomach.

Cancer? I was not afraid of it. In my ignorance I thought I had reached the limit of human endurance. I saw in cancer a possible release.

A friend, meeting my husband one day, inquired after my health, and was so much struck by this reply that she repeated it to me:

‘What must I say about my wife? The hope of death is keeping her alive and the fear of life is nearly killing her.’

The hope of death! That was it. But I was puzzled to know how my secret had been discovered.

My plan of action was carefully prearranged. I would allow nothing to be done that could prolong life. If it were really cancer, no medicines would be taken to check the disease. No injections. No drugs to alleviate pain.  And, under no circumstances, the application of the surgeon’s knife.

At this time a little book was put into my hands, ‘The Fasting Cure,’ by Upton Sinclair. It thrilled me. A new hope surged through me, the hope of relief from suffering. Here was something that appealed to my common sense. Something constructive—Nature  Cure.

The book set the fasting ball rolling in our house, I fasted for seven days. The result was disappointing.

Nothing daunted, I fasted again and persuaded every one else to fast. In time I set up a fasting business, free of charge. Any one and every one could fast for nothing under my supervision. I became highly experienced and seemed to cure every one, except myself.

The study of one system of healing led to another. Our home was stacked with the best American books and magazines on the science of spinal adjustment, German water cures, Swiss sun bathing, Russian fruit cures and Oriental works on the science of deep breathing.

A flame had been lighted that nothing could extinguish. It was a pleasure to see our large family of sons and daughters growing tall, strong and athletic. I once overheard the following fragment of a good-humored argument between two small sons:—

‘You talk more nonsense in a day than Charlie Chaplin does in a week. Eat more fruit, man. You will feel much better.’

‘Fruit! What you want is a jolly good fast.’

We Fletcherized raw carrots and peanuts until our jaws ached. We began the day with spinal exercises and finished it by sleeping outside.

The whole family joined hands with me in the campaign against disease. Our fortune was spent in building up a system of natural healing so perfect in its simplicity and economy that it would meet the needs of the farming population in the remotest regions of South Africa.

I wrote books and answered thousands of letters, but under it all I knew that my own internal trouble was not responding to Nature Cure.

My battle for life lasted nine years. I fasted myself to a skeleton. I fasted beyond the starvation point, which is a most unusual proceeding, consuming my own live tissues in the effort to destroy the growth. With every fast the growth was unmistakably checked. But it was not destroyed. On the contrary, it seemed to take a new hold on me whenever I broke the fast. Because I took the wrong foods.

I knew exactly what was taking place. I knew that it was wrong to undermine the system by injurious fasting and then to nourish the growth by wrong feeding.

What was I to do? There was no one to advise me, but while experimenting on myself I was learning something new every day.

Among other things, I learned that cancer thrives on every form of animal food—the more impure, the better. I suffered from horrible and disgusting cravings for blood—for beef and pork and rich blood-sausages—for stimulating and highly seasoned foods.

The growth was now pushing its way through the diaphragm, toward the heart and left lung. I seemed to see it like a red octopus feeding on the impure blood at the base of the lung. Breathing became difficult. I spat blood occasionally.

One night in August, 1920, I had a terrible attack of vomiting and purging, with excruciating pain. Toward morning I brought up a quantity of half-digested blood.

Matters were becoming serious. The thought of the death certificate and possible complications troubled me. I sent for our family physician.

He ordered me to lie still in bed for three months. Under his supervision I fasted twelve days. Plenty of time now to write glowing accounts of the wonders of Nature Cure to distant correspondents.

More than ever I realized the importance of saving my own life in order to convince and try to save others.

It was under this fast that I first noticed an ominous sign, the presence of digested blood—known in medical circles as “coffee grounds”—in the stools after the use of the enema. Still more disconcerting to find that I no longer put on weight on breaking the fast.

Toward the end of 1920 I seemed to be fasting chronically, four, seven, ten days and finally three weeks in December.

Nothing has been said in this article about the mental aspect of healing. The subject is too big. It forms the most thrilling story of my life, but I must now be content to state that I became super conscious. I had unerring ‘hunches’ and cultivated a bowing acquaintance with my subliminal self—whatever that may be.

All this fasting brought about a slight improvement and I dragged through 1921 somehow. Then in November I was persuaded by my doctor to go into the General Hospital in Johannesburg for an X-ray examination.

Many plates were taken, and a noted surgeon pronounced his verdict—the stomach was being divided in two by a vicious, fibrous growth. An immediate operation was recommended as the only means of prolonging my life. This 1 refused.

The famous doctor who was operating in the X-ray department was much interested in my experiences and invited me to his house for another X-ray examination if I found myself still in the land of the living after six months.

Encouraged by this mark of sympathy`, I fasted three weeks in December, drinking pure water only and lying in the morning sun. When, after six months, I went under the X-ray again, no trace of the growth could be found!

I assured the doctor, however, that the pain was still there and told him that I was looking for a food that would answer a threefold purpose, viz.: destroy the growth effectually, eliminate the poison and build new tissue.

The three years that followed were years of great suffering, but I kept on fasting and dieting alternately, and in 1925, after a seven-day fast, I accidentally discovered a food that had the miraculous effect of healing me completely within six weeks.

The publication of this discovery will be of more value after the particulars set forth in this article have been proved to be facts.

I therefore call upon the medical council to have an exploratory operation performed. The gravity of the disease can only be estimated by an examination of the extent of the damage done, and then only can the efficacy of the cure be established.

While I was experimenting on myself, I was often discouraged by the thought that very few people would be able to undergo such rigorous treatment.

But it is the sum total of my experience that I hope to bring before the public. Fasting for such a long period was unnecessary. The mistake I made need not be made by other patients. Our system of healing has been greatly modified by the discovery of the food cure. And while the patient is undergoing the cure for his or her own particular complaint, Nature is secretly restoring and rejuvenating every part of the body.

I have seen beautiful sets of teeth, loose in their suppurating sockets, become steady and fixed within a few weeks, the gums free of pyorrhea within a few months.

I have watched our old people getting  young and our young people becoming  superbly beautiful, and with every new  entrancing revelation of the wonders of  Nature Cure I have dedicated my life  anew to this joyous work of spreading  the good news.

The foregoing article created widespread interest. An afflicted nation stirred to the chord of hope that had been struck. I was overwhelmed with correspondence and visits.

This led to unexpected developments.

That Saturday morning was a landmark. I had an informal luncheon party in my hotel to celebrate the publication of an article which I believed would revolutionize healing throughout the world. It was amusing to listen to the outcry of my friends against the proposed operation. They begged me not to consider it, but it was too late to withdraw. It had gone out in the form of a challenge to the medical fraternity and if they accepted it, I would be bound in honor to submit to it.

On the 21st day of January, a stranger called at my hotel—a medical man and a surgeon! The “Evening Graphic” was only a few hours old and already had attracted the attention of a doctor whom I thought had accepted my challenge.

This kindly, enthusiastic Doctor had no designs upon me. The purpose of his visit was to encourage me, and urge me to be steadfast, not to be dissuaded from my plan. Nothing could be finer than such evidence of devotion to a cause, he said.

Afterwards I found out that he was a member of the medical profession of exceptionally high standing, and when letters come pouring in from every part of the United States and Canada, in res-pons to my article, I consulted him.

From other medical men there was no response to my challenge. Written By Johanna Brandt, Continue Reading: Chapter 3 – For God And Common Sense