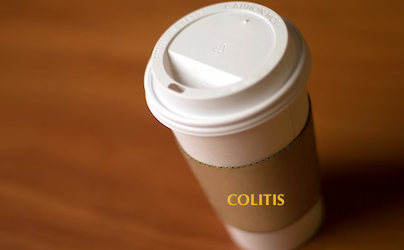 Coffee is a pleasant-tasting beverage that damn near kills some people who cannot live without it. At least, these good people think they cannot live without it, and nothing is but what thinking makes it so. What they, of course, fail to realize is that they have allowed coffee drinking to run away with their health.

For the friendly cup of coffee at breakfast and at dinner, I have nothing but the fairest of praise. It warms the stomach, stimulates the spirit, and induces a general feeling of well-being. The fault lies not in coffee but in the senseless abuse of it as a beverage. Every one of us knows someone who drinks far too much coffee for his good. Every time he feels the need of a lift, he reaches for a cup of coffee.

The making of a coffee addict is a gradual process. People take coffee so frequently that it interferes with their appetite for other food, and all day long when normal appetite appears, or thirst asserts itself, or jangled nerves act up, a cup of Java is rushed to the rescue. Meantime, their nervous systems have been keyed to a state of high tension by this picador beverage, and while the mind acts quicker, it is also more sensitive and gradually more irritable. In fact, the entire nervous system becomes irritable. Dispositions get curly at the edges; tempers grow short; the whip of nervous tension drives this Java jitterbug on to the point of exhaustion. When night overtakes him or, for that matter, when his belated bedtime overtakes him, he is in a state of harrowing alertness. He calls in vain for the soothing mantle of sleep to descend upon his tired mind.

Knowing full well that a busy important day’s work lies ahead of him, and knowing as well that his mind should be rested so that it can cope with tomorrow’s problems, this poor creature’s mental state rapidly approaches that of a fiend, a caffiend—one whose burning desire brooks no interference with the attainment of his objective. His nervous system is doomed to distortion, and those delicate organs of digestion which are so responsive to the nervous system likewise are destined for disorder and, eventually, for disease.

Colitis of the spastic variety is the most likely consequence. It brings with it constipation and headaches. If our friend, the caffiend, is diligent in his dissipation, and combines cigarettes and alcohol with the coffee, and disregards all hygienic rules, he may earn an orthodox ulcer for himself. But more of this later.

I would not have you think that caffein is such a vile poison that it actually produces colitis or any other ailment. As a matter of fact, it is not. But it is a stimulant to the nervous system and particularly to the brain. Since it is the brain that deals with emotion, and since our entire problem of nervous stomach problems is that of emotion, you can readily understand how active any drug that increases the likelihood of emotional storms is in the production of the derangements that follow these storms.

Coffee and caffein-containing beverages will definitely stimulate brain action. Used very moderately, they have a definite value in this respect. When used to excess such beverages bring about what approaches delirium. Emotional ideas fly so thick and fast that confusion follows. As has been pointed out in great detail in the early part of this book, emotions are most potent in the production of disturbances to the sympathetic nervous system, and since this governs the function of the stomach and intestines, it goes without saying that one way of protecting the food digestion canal from such disturbances is to eradicate the source of disturbances, namely, abnormal emotional activity.

It is suggested that the use of coffee be restricted to a point of moderation. It is further suggested that coffee be taken half milk—cream in coffee unfortunately has a disturbing effect upon the digestion and makes some people bilious. It is preferable as a rule to use plain milk or take the coffee black. Take coffee only at times when stimulation is actually needed—for instance, in the latter part of the day or in the evening. But do not take it so late in the evening as to help induce insomnia.

The stimulating power of caffein in coffee can be very definitely reduced by the addition of milk. Coffee is usually served this way in France and is known as cafe au lait. The milk contains certain albuminous substances that enter into combination with the tannin and other basic elements of coffee. Then, too, some of the fatty substances in milk render relatively inactive some of the irritating aromatic substances in coffee. Experimenters have shown that the action of the milk is not upon the caffein so much as it is upon the other substances found in coffee. All in all, the experiments prove that the addition of milk lowers the harmful possibilities of coffee very considerably.

Tea is a better source of stimulation than coffee inasmuch as it is usually taken dilute, and it has not the same amount of disturbing aromatic products associated with the caffein. The most important factor in the use of any of these beverages is, of course, quantity. There is no necessity to eliminate completely tea and coffee, but they should be restricted to that small amount which will serve to give a mild stimulus. The line between this and over-stimulation is, of course, something each person must determine for himself. Remember that when you take any stimulant you are whipping a tired horse, and it might be better to give the animal a rest. A ten-minute nap will certainly be far more effective in rationally overcoming fatigue than an extra dose of Java. However, it helps in certain situations, and if the above recommendations be followed, no harm is likely to result.

In giving this qualified benediction to the use of coffee, I wish it understood that it only applies to the use of coffee as part of a meal. I do not regard as sensible the practice of drinking coffee continuously throughout the day. It is permissible as a way of getting a lift in the afternoon, but I would recommend tea rather than coffee because the lift is more prolonged and is less likely to be followed by a letdown.

It seems a pity that so many of our habits and ideas reflect such a national bias. It is still more pitiful that we should assume a hostile attitude toward any custom not derived from our own country. As a matter of fact, there are many good customs and sensible ideas to be found in every country on the face of the earth. Travel broadens one, they say, and while we hope that this is not literally true, nevertheless the broadening process certainly should teach us to be more tolerant of other nations’ customs, and even to adopt the sensible part of what we observe. Thus we make our own life and its conduct approach the ideal.

A custom not native to our country, but certainly delightful and worthy of adoption, is that of afternoon tea. While generally regarded in this country either as a silly affectation or a positive sign of effeminacy, the custom itself has much to commend it. I shall endeavor to show why.

In England, afternoon tea has become so popular that it is elsewhere usually regarded as native to that country. On the Continent, however, as well as in the Orient, afternoon tea has many devotees. In these countries, the evening meal is usually served much later than it is here in America, and the long stretch between the midday meal and dinner is agreeably broken by the taking of a hot drink and some light nourishment. Tea is the most acceptable hot drink and, together with tea biscuits, scones, or thin slices of buttered bread, which may be accompanied by various fruit jellies, proves a welcome refreshment.

One reason I consider afternoon tea commendable is because tea drinking is, after all, simply a means of making water acceptable. In tracing the origin of tea as a beverage, one finds that it was first used because poor sanitary arrangements incident to the dense population of China made unboiled water unfit for drinking. In order to make boiled water palatable, a few tea leaves were thrown into it immediately after boiling, and the beverage was taken while still hot. When used as it should be—fresh and moderately weak—it is practically nothing but water. Tea, of course, is not a food, though the sugar it contains is; and if cream is added, this too has a definite food value.

However, the object of afternoon tea should be to avail oneself of the stimulant qualities of the beverage rather than the small incidental nourishment. If too heavy a repast is eaten at teatime, it will, moreover, spoil the appetite for dinner. This, of course, is not desirable. Anyone who has become accustomed to light afternoon tea, either because of residence in England or because of adopting the habit as a sensible one, will look forward to the event as a restful interlude in the day’s activities. Written By: J. F. Montague, M.D., Continue Reading: And a Little Wine for Thy Stomach’s Sake!