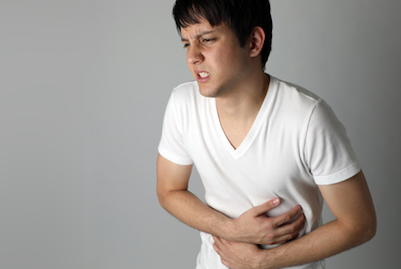 A time there was when many of the hidden ailments of the colon were considered merely the “vapors” or vagaries of the mind. People who were prone to be sensitive were observed also to be prone to vague abdominal distress. The logical deduction seemed to be that since this distress was due to their sensitive disposition, the trouble was entirely “a matter of mind.”

As the science of medicine progressed it was discovered that there was a real disease known as appendicitis. Surgeons had observed many cases of ruptured appendices and finally, one of them advanced the idea of removing the infected appendix before it actually burst. The surgical profession then changed its opinion on the “vapors” and saved the lives of many a person by timely operation. Cold logic of science banished forever the fragile diagnosis of “its all a matter of mind.”

Forever, did I say? Well, not quite! Science marches on—the science of medicine limps along. We have discovered by innumerable operations that the removal of a “chronic appendix,” or adhesions, or some other souvenir of abdominal anatomy doesn’t quite solve the problem of vague digestive distress. Surgery is obviously not the complete answer.

Observant doctors began to notice that these digestive upsets occurred most in sensitive people and especially when they were being subjected to emotional strain. Hence and therefore the conclusion: it was just a matter of mind.

The French have a proverb which covers it: “The more things change, the more they are the same.”

A matter of mind, did I say? Oh, no! We doctors never backslide. Instead of retrogressing, we think up a new word for it. Let’s call it “psychosomatic.” It sounds so scientific!

The situation presented by the revelation that nervousness can be an important factor in colonic diseases is one requiring calm and skillful appraisal. Unfortunately, the medical profession appears as prone to be carried off-balance by mass hysteria as the public itself. They are just as apt to run to extremes.

Up until recently, a gross injustice was undoubtedly done to many patients who, as mentioned in a previous chapter, were told to “go home and forget about it.” Many of these people really were suffering, no doubt, but the doctors who told them so were not aware that disorder of function can and does occur entirely as a result of a distorted emotional atmosphere.

As serious as such injustice, however, is that done to the person with a real colonic trouble which has escaped recognition by examination. Such a person was—and is—likely to be classified as psychosomatic simply because no definite cause has been demonstrated and it’s quite obvious that he has an overwrought nervous system.

We have come to a fine point of distinction; in fact, to a problem which possesses all of the intriguing mystery of the old chestnut, “Which came first, the chicken or the egg?”

It must be perfectly obvious that if a person has some disease of an organ, this disease will have an effect on his nervous system. It will make him irritable, hypersensitive, and in short, what is commonly though not very charitably known as a “nervous wreck.” It must be obvious, however, that we are confusing effect with cause. The natural disturbance of his nervous system in response to the injury of an organ is being confused with the cause itself.

There are, of course, two sides to this argument. The overwrought nervous system, after all, does control certain functions. If these functions of secretion and motility are long interfered with, structural changes are bound to occur; if not directly due to the nervousness, then to secondary things such as infection.

From the foregoing, you can see that the need for the skillful judgment of your doctor and his consultant in proctology is a very real one. It is most difficult to determine when the functional disorder of the intestines becomes a real inflammatory condition. In fact, there is even more pressing need to decide whether the condition is a functional disorder or a real inflammation.

All the foregoing may seem vague, and for once things are what they seem. It is vague! Perhaps the one clear impression one gets from continued observation of patients who develop ailments because of emotional storms is that there is such a thing as a colitis personality.

In the early days out West, when human nature struggled along without the benefit of civilized restraint, characters came into being which, by popular opinion, were “born to be hanged.” Common folk made this observation upon the basis of traits which they noticed in the character under observation; traits which in other instances had led their possessor to an unhappy ending. To some extent, I suppose we are all born to something or other. We all have different personalities which bring us either glory or grief.

These observations are particularly pertinent to the matter of ulcerative colitis. There seems to be a distinctive mental makeup in those who become victims of this ailment, as has also been observed in the case of stomach ulcers.

In a study made by a group of doctors under the direction of Dr. Mahoney, and reported in the Journal of Gastro-enterology, the conclusion reached was that the patients with ulcerative colitis are, in nearly half the cases, complex neurotics. Still further, it was observed that the cause of their neurosis was some great disturbance in their parent-child relationship, or some other harmful psychological experience in youth. The result of this phase of their youth was a poverty of their inner life. Some of the outstanding indications of this were constant feelings of tension, inability to assert oneself, abnormal sensitivity or hostility, pronounced indecision and feelings of dependency, or a feeling of anxiety or guilt.

Perhaps immaturity in the mental sense would sum up these symptoms. In this study, it was noted that none of the patients was the oldest child in the family, and nearly hah* were the youngest or only child. Ulcerative colitis patients appear to be unable to meet everyday problems and seem to be unable to assert themselves as other people can. They often have no absorbing interests, no hobbies, apparently no clear objective in life.

It is not difficult to understand how neurotics are made or how personalities are warped when one considers the social environment of today. In these days, when parental discipline has all but disappeared, when good manners are as rare as hen’s teeth, and when respect for authority, law and order are at low ebb, it is perhaps expecting too much of the average person to control himself.

A strange fate has warped our educational system into the policy of allowing growing children to “express themselves” without much thought as to the propriety of such expression or any judgment as to its ultimate effects upon the public welfare. Rules and regulations are scoffed at, laws violated with impunity, corruption runs rife in governmental circles, with scarcely a voice to cry out in protest.

Organized society, governmental agencies, and even the clergy itself, have been delinquent in their duties to the nervous systems of the nation. In such an emotional and moral climate, little wonder that we have such appalling numbers of nervous breakdowns, and so many cases of deranged mentality. Asylums for mental cases are overcrowded.

The concern of this book, of course, is not with the status of the nation’s manners and morals. However, it is pertinent to our discussion to mention the important effect they have upon nervous systems throughout the land. 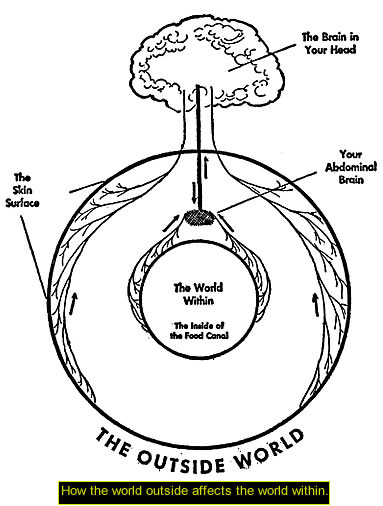 Fig. 9. How the world outside affects the world within

While I have the deepest sympathy for the person who is subject to nervousness, a term which I use in its broadest sense, I am definitely of the opinion that its effects can be controlled. The degree of nervousness can be minimized by efforts made by the patients themselves.

“Willingness to be cured is half-way to health,” said some wise old man in the Middle Ages. It is just as true today. The first thing to establish in the treatment and cure of colitis is the firm and, if possible, the fervent desire of the patient to get well.

To do this, and I assure you in nearly all cases it can be done, the first thing to do is to lay out a definite program for the rehabilitation of the shattered nervous system. Needless to say, diet, sufficient rest, and appropriate medicines are important. Aside from these, however, there remains the very great factor of nerve balance. Readers may find the following rules of value. They are intended to serve not only as a guide to the establishment of a better frame of mind but also to inspire the patient to read sensible books which offer counsel that they can apply to their own particular problems.

Many such books are available; here are three with which I am familiar: Health Through Will Power by Dr. J. J. Walsh; The Mature Mind by H. A. Overstreet; and Living In Balance by Dr. Frank Caprio.

Enthusiastic admiration stabilizes the mind; don’t be afraid to admire qualities and things other than your own.

When in company, interest yourself in those about you. This eases nervous strain, and is the best way of overcoming self consciousness. It is not good taste to praise yourself in company; neither is it good sense to belittle yourself. When people look at you, don’t think that they are talking about you. Sometimes they talk about themselves.

Be natural. Don’t be forever posing or trying to make an impression. It’s easier on your nerves to be natural, and it spares one mental confusion.

Avoid the subject of your nerves as a topic of conversation. It’s of no interest to other people and of no value to yourself.

Make a rule to visit friends whenever possible. Make your visits reasonably short. No one can be entertaining beyond a certain length of time, and you will find a short visit stimulating.

When speaking, try to make your sentences fairly short. Avoid being offensively positive in your views. It might embarrass others and in time, surely will embarrass you.

Say appreciative things to people and about people. It will prove bread upon the waters. Written By: J. F. Montague, M.D., Continue Reading: Don’t Pass Through Somebody Else’s Change of Life